The Florida Supreme Court recently reviewed Florida v. Dorsett, a case that involves a serious and growing problem in the state: Hit-and-run accidents. 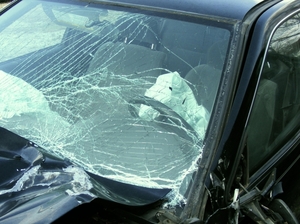 These are cases in which one of the drivers illegally flees the scene of a serious or fatal crash without stopping to render aid or report the accident, as required by law. Not all hit-and-run drivers are the at-fault motorist, though that’s often the case. Usually, fleeing stems from the driver lacking a driver’s license or insurance, being wanted by law enforcement for some other offense or being drunk or otherwise impaired.

Whatever the reason, it’s on the rise. According to the Sun-Sentinel, the number of hit-run crashes statewide totaled 84,000 in 2014 – a sharp increase from the 78,500 reported a year earlier.

A number of laws initiated over the last couple years increased criminal punishment for those convicted of hit-and-run, including increasing the minimum mandatory for leaving the scene of a fatal accident to four years – same as what one might receive for DUI manslaughter. The idea was to strip the incentive to flee.

Now, the Dorsett decision is going to make it tougher for prosecutors to prove hit-and-run and obtain conviction in the first place. Essentially, the court, weighing a 2007 case out of Boca Raton, ruled prosecutors have to prove a driver charged with hit-and-run in a crash had actual knowledge he or she was in a crash in the first place. Jurors will be instructed this proof is necessary to obtain a conviction.

Criminal defense attorneys are thrilled with the change because it places a significant, additional burden of proof on prosecutors. The argument is that a driver can’t intentionally or willfully leave the scene of a crash unless he or she definitely knew there was a crash.

So it will all come down to intent. The law isn’t retroactive, but it can affect pending cases.

In the Dorsett case, defendant told police he was playing his music so loudly as he was driving he had no idea he’d struck a 15-year-old skateboarder three miles from his home. He insists he only learned about the accident when police came knocking on his door a few hours later.

The teen had been dragged more than 40 feet by defendant’s truck, and as a result suffered a traumatic brain injury, a fractured and dislocated hip and numerous deep facial cuts and fractures. The teen required years of physical and mental therapy, but will have lifelong disabilities and battles constant seizures. He eventually graduated high school with a special diploma and learned skills through a job training program for disabled persons. He now works at a local grocery store, but at 23, still lives with his parents and will likely continue to do so for a long time.

With the state Supreme Court’s decision, the case will now head back to trial for further proceedings.

Our experienced accident attorneys believe it’s important to note this ruling will have no bearing on the necessary burden of proof in civil cases, which is lower than what’s required in a criminal case. Proving negligence does not mean providing proof of intention, so that aspect wouldn’t matter in a civil case of this nature.

It’s imperative for all injured persons or surviving loved ones to contact a legal team as soon as possible after an accident to determine all relevant courses of action to protect their rights and their financial well-being.