For 40 years, Florida drivers have been compelled to purchase Personal Injury Protection auto insurance to cover a minimum of $10,000 in personal injuries occurring as a result of an auto accident – no matter who is at fault. It’s referred to as the state’s “No Fault” car insurance system. Some legislators want it gone. 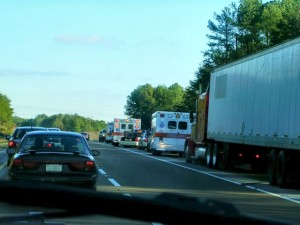 Efforts to scrap PIP benefits aren’t new, of course. But they are gaining traction across the state, especially with the introduction of SB 1112, filed by state Sen. Jeff Brandes, R-St. Petersburg.

Filed quietly on Dec. 11, 2015 for consideration by the legislature in 2016, the measure would eliminate PIP and, as Brandes argues, “force policymakers to address this important issue impacting every driver in our state.”

The whole PIP benefit system has been around since the 1970s, and the idea was to cut down on the number of personal injury lawsuits stemming from car accidents and to ensure crash claims would be paid quickly. But the system has been problematic in many ways, and it hasn’t worked out the way framers hoped. In many cases, insureds are forced into protracted battles over PIP benefits they are owed, fighting with their own insurance companies to recover benefits. As Brandes put it, the system is broken and “rife with fraud and abuse.”

On top of that, some argue the premiums charged are exorbitantly high and also unnecessary, pointing out that health insurance often foots the bill for injuries sustained in minor car accidents. Floridians pay the fourth-highest PIP premiums in the country. The assertion of “double taxation” has also been made.

The system was overhauled more than three years ago by Gov. Rick Scott, who slashed non-emergency benefits to $2,500. Individuals who suffer severe injuries and whose losses total more than $10,000 can take legal action against the at-fault drivers or other third parties.

Brandes’ bill isn’t the first time the issue has been floated. Back in October, The Palm Beach Post reported the commissioner of the Florida Office of Insurance Regulation suggested legislators, “repeal PIP and do nothing.” He suggested legislators could evaluate the needs again after a few years.

Other bills in the past have offered solutions such as allowing drivers to opt out of PIP if they could show they had health insurance. Other proposed measures would have allowed the entire state to drop PIP requirements and instead mandate bodily injury liability coverage.

Gov. Scott has said the 2012 reforms need more time to work, although a spokesperson for his office stated the governor would carefully consider any bill that came across his desk.

While the insurance industry has long backed reduction in benefits, health care associations have voiced intense opposition. The Florida Hospital Association stated that Florida has a huge portion of uninsured people – even in spite of the federal Affordable Care Act mandate. If those individuals require emergency care after a car accident, PIP is the only means of coverage for health care. They expressed misgivings about making at-fault drivers responsible for both their own and others’ injuries because it would likely only increase the number of uninsured and underinsured drivers, and shift cost burdens to those who dutifully buy insurance.

Florida is one of only a handful of states that still has a no-fault system to handle crash-related injuries. Colorado, one state that was previously no-fault, moved away from it and is claiming a resultant reduction in premiums.