Our Fort Myers injury lawyers are longtime victim advocates and supporters of Mothers Against Drunk Driving and we support the move by the National Transportation Safety Board to tighten the legal definition of “drunk” as it relates to drivers. 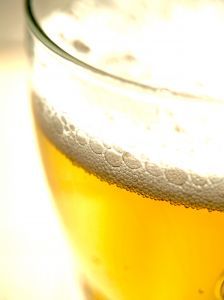 We have seen far too many lives mangled or destroyed by the poor choices of a few careless individuals. Any measure with the potential to reduce casualty rates has our support.

What the NTSB is proposing is slashing the legal threshold of intoxication for motor vehicle operators from a 0.08 percent blood-alcohol level down to 0.05 percent. It’s just been within the last decade that the last of the 50 states complied with the 0.08 percent standard, first proposed back in the mid-1990s. Prior to that, the legal limit was 0.15 percent.

A further reduction is not as radical as it might at first seem. Already, more than 100 industrialized nations, including most of those in Europe, Russia, Australia and South America utilize the 0.05 percent standard.

Additionally, we’re talking about the difference of maybe a single drink. While blood-alcohol content measurements vary based on a host of different factors, generally speaking, the average, 180-pound male can consume about four alcoholic beverages in a little more than an hour before he reaches the current legal threshold. Under the new guidelines, he’d only be able to down two or three before reaching the limit.

In the U.S., some 10,000 people are killed each year and another 170,000 suffer severe injuries as a result of a drunk driver’s irresponsibility. Those figures represent an improvement from where we were back in the 1980s, when as a nation we were logging 20,000 alcohol-related deaths annually.

But there is no question we can do better.

Researchers studying the issue have determined that an estimated 4 million people in this country drive while under the influence of alcohol every year. There is no question that reducing the legal limit will cause more people to think twice before ordering another and heading out the door.

Some have questioned what the real effect would be, given that the majority of fatal DUI crashes involve drivers whose blood-alcohol levels are far above the 0.08 percent threshold. Consider that when Australia slashed its legal BAC rate from 0.08 percent to 0.05 percent, provinces throughout the continent reported anywhere from a 5 to 18 percent reduction in traffic fatalities. An 18 percent reduction in the U.S. would mean the preservation of some 1,800 lives each year.

The safety board reports that 0.05 percent BAC is the level at which drivers are beginning to have trouble with depth perception and other cognitive functions. At this level, the risk of an accident increases by nearly 40 percent, compared to someone who is sober. By the time someone’s BAC has risen to the 0.08 percent level, the risk of having an accident has increased more than 100 percent.

If you have been injured by a drunk driver in Fort Myers, call the Associates and Bruce L. Scheiner, Attorneys for the Injured, for a free and confidential consultation to discuss your rights. 1-888-579-8699.