Florida boaters enjoy some 8,400 miles of external and internal coastline along the ocean, including the gulf and various lakes and rivers. 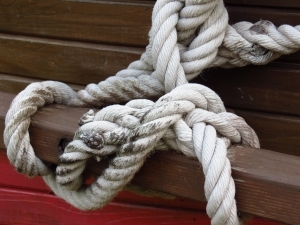 While injuries caused by the negligence of boat operators is almost certainly worthy of compensation, those that arise out of the “natural condition” of the landscape generally are not. Additionally, local and state governments are generally protected under sovereign immunity laws.

However, as a recent case out of Utah illustrates, this protection is not absolute. Further, our Naples boat accident lawyers understand the definition of “natural condition” may not be narrowly interpreted by all courts.

In Glaittli v. State, it appeared at first that a man injured on a dock situated on a state-maintained reservoir would not be able to pursue his claim. Even an appellate court affirmed he did not have a case. However, the Utah Supreme Court reversed, finding that because the reservoir was designed and created by humans, and due to the fact it wouldn’t exist but for humans, it could not be considered a “natural condition on the land” under the state’s governmental immunity act.

According to court records, the plaintiff owned a 25-foot cabin cruiser, which he docked at the reservoir marina. The marina, docks, boat slips and reservoir were owned by the state and operated by the parks department. State workers had the ability to lengthen or shorten the dock cables as necessary. Failure to properly adjust those cables might result in the boats striking the dock or other boats, especially when it was windy and the waves were rough. Park workers routinely adjusted the length of those cables, almost daily.

On the day in question, a storm moved across the reservoir, creating large waves. The boat owner was concerned about his boat, and drove to the marina to check on his vessel. When he arrived, he grew concerned the waves were large enough to cause his boat to strike another vessel or the dock.

He attempted to adjust the lines, but they were extremely taut. As he struggled to loosen them while standing on the dock, the bow of his boat struck him. The impact shattered his shoulder and caused him to fall, suffering further injury.

The plaintiff later filed a lawsuit against the state, alleging the park workers failed to adjust the dock level, failed to warn him that the docks were not in a safe condition, failed to construct a breakwater and failed to properly secure the docks.

While this was a case against the state, the sovereign immunity clause could be waived if it was found the injury was proximately caused by an employee acting within the scope of his or her employment. Upon review, the district court held the injury was the result of the waves, which were a natural condition.

When the Utah Supreme Court reversed this finding, it reasoned that while the waves in the reservoir was a condition of the land, it was not a natural one.