Plaintiff in Hodson v. Taylor was a teenager when he ventured out with a group of friends on a private lake in a pontoon boat owned by one of the friend’s parents. 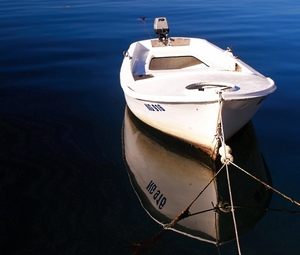 The group spent some time cruising around the lake and stopped a few times to swim. When they stopped at their final spot, plaintiff dove in. But the water was far too shallow. He struck the bottom and was instantly paralyzed from the chest down.

He now suffers limited movement of his shoulders and hands. Doctors say he will never walk again.

He filed a lawsuit against the creators of the man-made lake, the association that owned and maintained it and the parents who owned the pontoon boat. He alleged a specific list of torts by each.

However, a trial court granted summary judgment to all defendants, thereby blocking his attempts to collect damages. Although the appellate court affirmed the ruling, the Nebraska Supreme Court reversed, at least with respect to two of the defendants: The homeowners’ association and the parents who owned the boat.

Our Cape Coral injury attorneys highlight this case for two reasons. The first is that it shows how aggressive appeals can be effective in turning the tide of a case. Although plaintiff here hasn’t won yet, he’s won the opportunity to present his case, and that’s often half the battle.

The second is that with summer fast approaching, we anticipate a heavier volume of boating activity and water sports throughout Southwest Florida. Although we have the weather for year-round water-related fun, many families have breaks during the summer and choose to vacation during this time.

Liability for boating accidents and other water-related incidents depends heavily on the individual facts of the case.

In this case, because the lake was privately-owned and maintained, plaintiff was able to assert a claim against the owner/association. He alleges the association was aware that rising water levels had resulted in the lake expanding past its original barriers, which in turn meant shallow areas were wider than before. Yet there were no warnings to indicate dangerously shallow depths for swimmers an extensive length from the shore. Minutes from an association meeting indicate they knew this was a problem prior to the accident.

Against the parents, he alleges they were negligent in allowing their inexperienced daughter to drive a boat out into the lake, and also in allowing her inexperienced friends to operate the vessel. Had she been a more experienced boater and able to interpret the readings on the vessel instruments, he says, she would have known they were in shallow waters, not safe for diving.

The court did however affirm dismissal of the claim against the creators of the lake, finding those individuals had not had control of the lake for four years prior to the accident, and that any liability they might have had was transferred to the association when the property was deeded to it.

Boating and swimming are a great draw for those in Southwest Florida, but they can be perilous as well. If you are injured while engaging in these activities, contact an experienced attorney to protect your rights.