The recent deadly dog attack on a Florida mail carrier highlights the responsibility of pet owners, regardless of whether an attack occurs on a pet owner’s property. 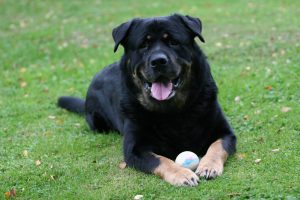 According to news reports, the mail carrier was on her delivery route when her vehicle broke down in Putnam County. She was attacked by five dogs. Witnesses rushed to her aid, tried to pull the dogs off, and even fired a rifle in an attempt to scare the dogs away. She was taken to the hospital, but died the next day. Neighbors said the dogs were known to be mean and frequently escaped from a fenced area of their owner’s property, once killing another small dog. They said the 61-year-old mail carrier was known for leaving apples with the mail.

Dogs chasing the mailman is a cliche that is sadly rooted in fact. The United States Postal Service reports mail carriers are frequent victims. Last year, more than 5,400 mail carriers were attacked, with more than 200 of those attacks occurring in Florida.

Biting Back: Accountability and Animal Ownership in Florida

Dog attacks are common. As our Fort Myers injury lawyers recently explained, they are the leading cause of homeowners insurance liability claims, with the average costing more than $30,000. Leash laws and common sense go a long way toward preventing these attacks in parks and other public settings. However, our dog bite lawyers in Fort Myers and Cape Coral urge homeowners to remember they can also be held liable for attacks that occur on their own property.

Florida’s law as it relates to pet owner liability is more strict than the law in some other states. Rather than following the “one bite rule” that holds an owner liable only if their pet has a known history of aggression, Florida can hold defendants responsible regardless of an animal’s past behavior.

Florida’s dog bite law is found in F.S. 767.04, which says: “The owner of any dog that bites any person while such person is on or in a public place, or lawfully on or in a private place, including the property of the owner of the dog, is liable for damages suffered by persons bitten, regardless of the former viciousness of the dog or the owner’s knowledge of such viciousness.” Florida’s law also specifically addresses the rights of mail carriers.

In some cases, dog owners can reduce liability by posting warning signs, but the law does not protect them from injuries that occur to small children or injuries caused by negligent acts of omission by the owner, such as failing to keep fencing in proper repair. It’s also important to note that guests are protected when an invitation is expressed or implied, which in most cases also protects strangers using a walkway to approach the front door.

Homeowners have invited pets into their homes in record numbers during the coronavirus pandemic. In many cases, a lifelong bond is created. In other cases, pets are a poor match that leads to increased danger and liability for the owner and others. It’s important owners remain responsible and aware of the risks at all times. Hiring a professional dog trainer or surrendering the animal is preferable to being held liable for a serious or fatal animal attack.