The U.S. Court of Appeals has upheld ruling from a trial court granting summary judgment in favor of an auto manufacturer facing allegations of liability for failure to install a fuel shut-off switch on its cars. 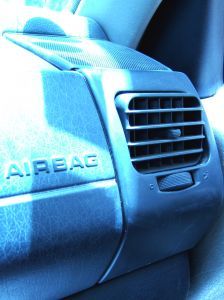 In passenger vehicles, a fuel shut-off switch acts to cut power to the engine as soon as impact is detected. The purpose is to prevent the vehicle from catching fire as a result of a fuel tank rupture. In Hughs v. Kia Motors Corp., plaintiffs alleged lack of this device kept the vehicle in motion far longer than what it would have otherwise been the case, resulting in injuries that were ultimately fatal to the driver.

The primary problem with the claim was that one of the main expert witnesses for the plaintiff failed to sufficiently prove causation. His testimony was excluded at defendant’s request, and the case fell apart from there.

According to court records, decedent entered the roadway from a restaurant headed the wrong direction. When she realized her mistake and tried to turn around, she was struck at an angle by a Mack truck carrying a full trailer load. The impact, according to plaintiff’s account, sent her daughter’s car “pinballing about.” She collided with two parked vehicles, three metal posts, an awning, a fence, a flagpole and, finally, a house. Although she survived initially, she was soon declared brain dead and removed from life support.

Plaintiff sued the car manufacturer asserting that a fuel shut-off switch would have curtailed the vehicle’s movement far sooner, meaning her injuries would have been less severe.

In order to prove her case, plaintiff presented testimony of two expert witnesses: An accident reconstructionist and a medical doctor who would testify regarding cause of death.

In pre-trial depositions, the reconstructionist testified the initial impact occurred with the truck traveling approximately 40 miles per hour, and the car driver moving between 10 and 24 miles per hour. The impact occurred at an angle, at which time the side airbag deployed, but not the front, which had not been replaced after an earlier crash. The reconstructionist estimated that with a fuel shut-off switch, the car would have traveled at a far slower velocity – and with far less forceful impact – in the subsequent collisions.

Relying largely on the reconstructionist’s report, the doctor (a board-certified forensic pathologist) indicated the woman died from blunt force trauma to the brain. He opined subsequent impacts likely exacerbated the brain injury she already received, which made death all but certain. However, upon cross-examination, he wasn’t able to say definitively she would not have died anyway, even if she hadn’t struck those other objects.

For this reason, defense requested – and was granted – exclusion of his testimony and thereafter a summary judgment.

Without an expert witness definitively indicating causation, plaintiff was unable to proceed with her claim, and the Eleventh Circuit affirmed the trial court’s action by ruling there was no abuse of discretion.