A strip mall nightclub in Miami coined “The Spot” was the site of a bloody scene recently, when 15 people – ranging in age from 11 to 25 – suffered gun shot wounds in the early hours of a Sunday morning. At least one of those victims was in critical condition, while the others are expected to recover. 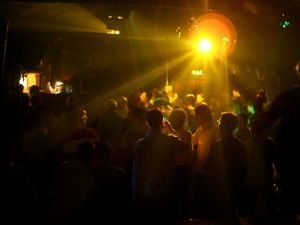 Although authorities are continuing to investigate, initial reports are that two groups were shooting at one another. The recently-opened business bills itself as a “lounge, restaurant and bar.” It did have a liquor license, and apparently catered to teen patrons, though the media reports it’s unclear whether alcohol was being served to youth.

In a scenario like this, injured minors and parents may have grounds for a civil suit against the business and/or property owners. While courts generally do not impose liability on third parties for violent criminal acts, there are exceptions made when the risk was foreseeable and the business owner owed a duty to protect invitees.

Although the facts in this case are still being sorted, our Fort Myers premises liability attorneys know negligent security is often a factor in injury incidents at bars and night clubs in Southwest Florida. Inadequate security checks at the door or a lack of enough security employees might have played a significant role in failing to prevent injury in this case.

Additionally, there could be a chance that Florida dram shops laws might be applicable. Florida Statute 768.125 holds that third parties aren’t negligent for the injury or damage caused by intoxicated persons – unless the defendant willfully and unlawfully sold or furnished alcohol to someone under 21, and injury or damage proximately resulted. If it turns out those firing into the young crowd were underage and intoxicated on alcohol served by this bar, a strong case could be made for liability under this statute.

With a claim for negligent security, a plaintiff would first need to establish his or her status at the property. Because this was a business and most were there to patronize it, they would likely be classified as business invitees, owed the highest degree of care from property owners. This would establish that property owners/possessors owed a duty to exercise reasonable care to keep the site free of danger about which the property owner knew or should have known.

When it comes to violent, third-party acts, a property owner may not actually know of a specific threat involving a certain individual. However, the risk of harm might be considered foreseeable when similar crimes have occurred there before. Risk of potential injury might also be deemed foreseeable when the club owner has knowledge that large crowds of young people are consuming alcohol late into the night.

One could also argue constructive knowledge of danger considering that the establishment had children as young as 11 inside at 2 a.m. with no parental supervision. Police and paramedics who responded to the scene described it as “chaos.”

The Miami Herald reports this is far from the only nightclub shooting in recent memory. In December, a dispute at a nightclub in Allapattah led to a fatal shooting that killed one. In June a chef was shot dead at Mansion, where a fight ended in bullets being fired into the crowd. Here in Southwest Florida, there have been several shootings in recent years reported at night clubs or in night club parking lots.