Prom and graduation season is upon us, which means many high school students will be donning tuxedos and gowns and heading out for a final bash. 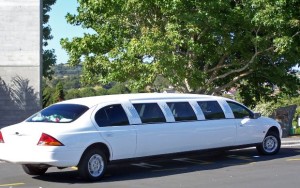 Parents concerned about the possibility of drunk driving may splurge on a limousine service for their kids, just to be certain teens won’t be tempted to drive while impaired. But limousine services can sometimes be negligent too. When a limousine accident results in injury, our experienced auto accident lawyers can help.

In a recent case out of Illinois, a limousine service carrier is the target of at least one lawsuit and a federal regulator shut-down following a fatal crash in March.

According to The Wisconsin State Journal, two of the passengers injured in the fatal crash have filed a personal injury lawsuit against the limousine service and against the 20-year-old man who was driving. In total, six people were injured and one killed in the crash. All were from Wisconsin, on their way to Chicago’s O’Hare International Airport to fly to Mexico on a vacation.

One of the passengers reportedly remains in “very, very critical condition,” with extensive spinal cord injuries.

Federal law mandates that interstate commercial drivers be at least 21 years of age. An investigation by the Federal Motor Carrier Safety Administration revealed the company should have known the 20-year-old was not old enough to take on this task of driving from Madison, WI to Chicago, IL, and further that this wasn’t even the first time the company had dispatched him for such a job. He had been dispatched at least twice on other cross-state jobs.

Illinois State Police investigating the crash allege the young driver was blinded by the sun just before the limousine hit a median barrier and flipped onto the roof. It was shortly after 7 a.m., and the car had been traveling on the interstate.

Plaintiffs allege driver was negligent because he:

In addition to not being old enough to operate this limousine across state lines, the driver apparently wasn’t even a very good one. According to media reports, he’d been cited with at least five traffic offenses in the three-year period prior to the crash. Those previous offenses included following too closely and speeding. His driver’s license had been suspended just last September for not timely paying a traffic fine.

The plaintiffs in the case assert the limousine service knew or should have known the driver wasn’t old enough to operate a commercial vehicle from state-to-state and further that he had a history of unsafe driving. The company is accused of negligent hiring, negligent retention and negligent supervision. Additionally, the company may also be found vicariously liable, as employers can be deemed liable for the negligent actions of employees acting in the scope of employment, even if the company itself didn’t do anything wrong.

An investigation by federal authorities revealed the company did not conduct background checks on its workers. Further, the company didn’t keep maintenance records on its vehicles and it also didn’t keep track of its drivers to prevent fatigue. Additionally, while the FMCSA requires for-hire vehicles that cross state lines are supposed to maintain $1.5 million in liability insurance, this company didn’t have liability insurance information on file. Further, it hadn’t filed its safety registration in over three years.

Of course, it would be foolish to think this is the only limousine service that operates this way. In cases where passengers are injured, an experienced Fort Myers injury attorney can help.