We all know cell phones can be a hazard behind the wheel. And the government’s push to ban drivers from text messaging has reached a fevered pitch this year. But now the USA Today reports that the emphasis on texting could be taking the focus off the many other forms of distracted driving that commonly result in serious or fatal car accidents in Fort Myers and throughout the nation.

And, ironically, laws against texting and driving may be exacerbating the problem; our Fort Myers accident attorneys reported last week on our Florida Injury Lawyer Blog that some states have seen an increase in such accidents since banning text messaging. Drivers attempting to hide their activities, and thereby taking their eyes off the road for longer periods of time, could be responsible. 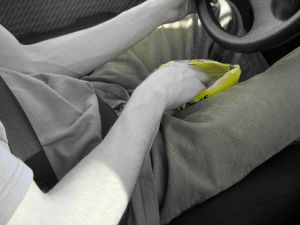 The National Highway Traffic Safety Administration reported last month that 5,474 people were killed and 448,000 were injured in accidents caused by distracted driving. Only speeding and drunk driving are blamed for more deaths. And, while traffic fatalities have been in decline nationwide, the number of accidents blamed on distracted driving has climbed 25 percent in the last five years, from 4,472 in 2005 to 5,474 last year.

Part of the problem is that there is no nationwide system of reporting distracted driving accidents and many state and local governments do not report distractions or their causes at the scene of a crash.

Other common forms of distracted driving include eating, drinking, smoking, grooming, using in-car electronics, talking to passengers and external distractions. The NHTSA lists a wide range of common distractions in its most recent annual report, including:

-Adjusting climate controls or the radio.
-Reaching for something inside the vehicle.
-Distraction by outside person, object or event.
-Driver lost in thought.
-Reading, including maps.
-Looking at previous crash.
-Looking for an address, business, person or building.