In cases where multiple injury victims seek compensation from at-fault party insurers, an issue that often arises is whether the injuries stemmed from one occurrence or multiple occurrences. 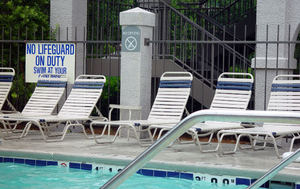 Punta Gorda injury lawyers know this is often a key point that can significantly impact the overall amount of damages awarded to each plaintiff. That’s because insurers often cap the damage award based on a per-person or per-incident calculation. If an injured party can show there were multiple incidents, giving rise to separate claims, each injured party is likelier to receive a higher sum.

This comes into play a lot in cases in multi-vehicle crashes. While insurers will tend to argue each injury stemmed from a single crash, plaintiffs will seek to show that each collision was separate in its own right, even if factors stemming from other crashes may have played a role in causation.

In 2003, the Florida Supreme Court held in the case of Koikos v. Travelers Ins. that in deciding whether there was a single occurrence or multiple occurrences, courts must consider whether the injuries resulted from a continuous or repeated exposure to substantially the same general harmful conditions. The court will analyze whether there was only one, uninterrupted and/or continuing cause that led to all of the injuries cited in the case.

In Koikos, the court ruled injuries sustained by individuals targeted by a mass shooter fell under the “multiple occurrences” umbrella. In the more recent case of Maddox v. Florida Farm Bureau, a state appellate court held that animal bite injuries sustained by a mother and son from the same dog in the same day minutes apart also amounted to multiple occurrences, where the homeowners’ insurance was concerned.

Other states have been a bit more strict in their interpretation of the law, as illustrated by the recent case of Fellowship of Christian Athletes v. Ironshore Specialty Ins., weighed by the U.S. Court of Appeals for the Eighth Circuit.

This was a tragic case involving two young boys attending a summer youth camp held by a local church organization. The pair drowned side-by-side in a pool following a pool party organized and operated by the organization. Neither boy was able to swim, and the camp staffers were informed of this on the permission slip signed by each of their parents.

The organization later filed suit against its own insurer, asking for a determination of whether the incident constituted a single occurrence or whether it would be deemed multiple occurrences. The organization had three insurance policies – one for $5 million and two umbrella policies that included an additional $5 million in coverage on one and $10 million on another.

The insurer with the $10 million umbrella policy (which compensates for whatever damages aren’t covered by the primary insurer) argued in a cross-motion against the primary insurer that there were multiple occurrences, which would likely hold the primary insurer liable for a greater amount. The district court disagreed, and the appellate court later affirmed.

While the larger insurer argued two different camp counselors were responsible for the boys individually, the courts determined both arrived at the pool at the same time, both were in the pool during the same one-hour time frame, both were discovered drowned at the same time. The court therefore held that the deaths were caused by exposure to “substantially the same” dangerous conditions.