The law requiring helmet use by motorcyclists in Florida was repealed 14 years ago this month, and since then, the number of riders donning a helmet has been halved — to roughly 50 percent, according to the Sun Sentinel. 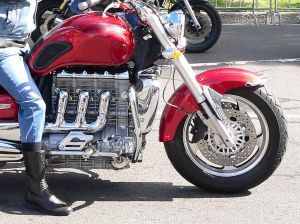 What’s especially concerning to the National Highway Traffic Safety Administration is that of those who do wear helmets, some may be using helmets that offer little to no protection in the event of a crash. The sales of so-called “novelty helmets” is booming, according to research by the Florida Center for Investigative Reporting. These helmets may offer a false sense of security to riders, who assume “something is better than nothing.”

Our Cape Coral motorcycle accident attorneys understand there is ample evidence to show this isn’t true. Some novelty helmet manufacturers have in the past been caught falsely claiming their products are certified by the Department of Transportation, indicating they met minimum federal safety standards, when in fact they did not.

Injuries or deaths could give rise to a claim of product liability. For those whose novelty helmets are properly labeled, there could still be a basis for a personal injury lawsuit, depending on the facts surrounding the crash. In Florida, helmet use does not impact the ability of a rider to collect damages for injuries when another motorist is at-fault. Still, motorcyclists need to apprise themselves of the disparity in head protection offered by the two kinds of helmets.

The number of motorcyclist killed nationwide has increased by a third between 2003 and 2012.

The FCIR indicates approximately 800,000 novelty helmets are sold in the country every year. Despite repeated attempts to curb sales, proposals that might limit them have been repeatedly shelved by federal regulators. This is despite research commissioned by the NHTSA of seven novelty helmet models. In each case, they were essentially worthless in the event of a crash.

The study authors determined that in the event of a motorcycle wreck, helmets approved by the DOT were far more shock absorbent, allowing no more than 400 grams of acceleration to the head. Meanwhile, novelty helmets allowed 640 to 995 grams of acceleration to be transferred to the head. One reason: novelty helmets either had no energy-attenuating liner, or else a very thin one. This puts riders at a heightened risk for skull fractures and traumatic brain injuries that could result in severe, lifelong injury or even death.

The NHTSA recommends riders adhere to the following tips:
–Don a motorcycle helmet that is certified to FMVSS No. 218 whenever going for a ride. This will be noted on the rear of the helmet.
–Check www.safercar.gov to determine whether your motorcycle helmet meets safety standards or has been recalled for any reason.
–Bear in mind that a helmet with complete facial coverage offers protection that may shield riders from injuries to the head and face that smaller, open-face helmets do not.