The Bureau of Labor Statistics recently released the preliminary results from its National Census of Fatal Occupational Injuries. The report illustrates the changing trends in fatal work-related accidents in Fort Myers and elsewhere for the 2009-2010 reporting year, according to the Occupation Safety and Health Administration (OSHA).

The newly released statistics report that there were more than 4,500 people that died on the job in 2010.

“No worker should have to sacrifice his or her life to earn a living,” says Secretary of Labor Hilda L. Solis. 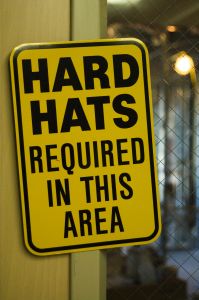 Our Cape Coral personal injury attorneys understand that approximately 12 workers die because of job-related injuries every single day. In 1970 when the Occupational Safety and Health Act was passed, the National Safety Council concluded that roughly 14,000 employees died every year because of work accidents. Since then, the workforce in the United States has nearly doubled. If you are involved in a work-related accident, it is critical for you to contact an experienced attorney to help you assess the situation and to help you fight for the compensation you deserve.

As the economy gets back on track, the country’s workforce is expected to expand even more. Workers are urged to keep an eye out for work-related hazards and to report them to their local OSHA office. With cooperation from both employees and employers, we can all work to enjoy safer workplaces and less job-related fatal accidents.

Since the economy started to recover, the average number of hours worked has seen a slight increase. More hours on the job leads to more work-related accidents.

The 2010 Census of Fatal Occupational Injuries reveals the following information:

-Fatalities experienced by those who were self-employed declined by nearly 10 percent. Less than 1,000 self-employed workers died in 2010.

-Fatalities experienced by those who work in the private mining industry increased from about 100 to nearly 175 from 2009 to 2010. This illustrates a near 75 percent increase.

-The number of construction-related fatalities declined by approximately 10 percent from the previous year. Since 2006, these types of accidents have declined by about 40 percent.

-Fires caused more than 100 work-related deaths. This statistics is the highest since 2003.

-The number of work-related homicides declined by nearly 10 percent. Unfortunately, homicides that involved women saw a near 15 percent increase.

-Non-Hispanic and African-Americans experienced a near 10 percent decline in the number of fatal work injuries from 2009 to 2010.

-Fatal work injuries that involved a police officer increased by about 40 percent. More than 130 officers died on the job in 2010.

-The number of transportation incidents accounted for 2 out of every 5 fatal work accidents in 2010.

-Nearly 30 states in the country reported an increase in the number of work-related fatalities from 2009 to 2010.

Associates and Bruce L. Scheiner, Attorneys for the Injured, have spent four decades fighting for the rights of injured employees throughout South Florida, including Fort Myers, Cape Coral, Naples, Port Charlotte and Sebring. Call for a free and confidential consultation to discuss your rights. 1-800-283-2900.

Slip and Fall Accidents Not As Simple as They Seem…, Florida Injury Lawyer Blog, September 23, 2009