Federal government officials said they will recommend that new cars have rearview video systems, a move immediately denounced as “insufficient” by safety groups who say the cameras should be mandatory. Instead, the government will merely add rearview video systems to its list of recommended features under its New Car Assessment Program (NCAP). Their aim here is to help to reduce the risks of backover accidents. 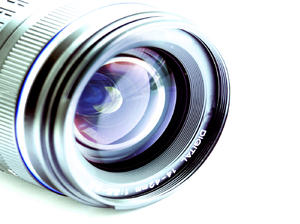 But who’s taking responsibility? First, the NHTSA was set to mandate these cameras for all vehicles and then backpedaled and left it too manufacturers to get it done. You won’t find that in the government press release, which frames the move as a safety improvement.

Our Fort Myers car accident lawyers understand that rearview cameras could save thousands of lives each and every year. The system would add about $100 to the cost of a new vehicle. You’d be surprised by the number of children who are backed over in parking lots and the number of pedestrians who are struck by reversing vehicles in parking lots. And this technology is especially important with the upcoming holidays, when children are out of school and consumers are hitting malls and department stores in droves.

“As we’ve seen with other features in the past, adding rearview video systems to our list of recommended safety features will encourage both automakers and consumers to consider more vehicles that offer this important technology,” said Anthony Foxx, U.S. Transportation Secretary.

According to CNN, various safety groups say that officials with the NHTSA are dragging their feet on fulfilling a congressionally imposed deadline to issue a rule on rear visibility. Safety advocates are saying that they are fed up with delays by the Obama Administration to implement a 2008 law to have a hard rule in place on rearview cameras in cars by 2011.

The truth of the matter is that these cameras are popular with the public, which is why they sell as optional equipment despite being highly overpriced by auto manufacturers.

“Further delays in issuing the safety standard are unacceptable and unnecessary,” said Joan Claybrook, former administrator of the NHTSA and president emeritus of Public Citizen.

According to recent statistics, there are 50 children who are injured each and every week in back-over accidents. Several are killed. And most of these accidents could have been prevented with rearview cameras.

“Blind spots plague every driver that has ever graced the road, but increase greatly with the size of a vehicle,” said David Newman, an account manager from Rear View Safety.

In larger pickups and SUVs, the rear blind spot can extend almost 20 feet behind the vehicle, and rearview cameras can help prevent a driver from accidentally backing over a child, pet or object in this zone. Rearview cameras can also make it far easier to hook up a trailer, especially if you have no one to help you line up the hitch and coupler.

Rearview camera or not, it’s important to remember that nothing is as effective as your own two eyes. Use your camera to assist safety out there, but look to yourself before trusting new-car technology.