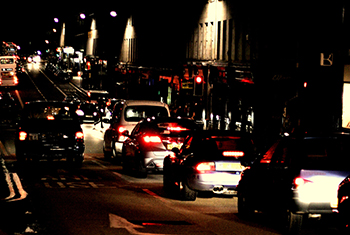 We’ve all seen it happen – the driver who is attempting to make a turn or change traffic lanes, but neglects to use their vehicle’s turn signal. Although it seems like a simple, common sense rule of the road, a surprising number of auto accidents are caused by careless drivers who fail to exercise even the most basic of safety practices. Response Insurance Company, a nationwide insurance firm, hired a polling company, Leflein Associates, to conduct a statistically valid survey of 1,000 adult drivers. The goal was to find out how many drivers do not use turn signals and, of those who don’t use them, why they don’t. The company wants to bring awareness to issues people don’t think are problems, such as turn signal use. The survey found 57 percent of respondents don’t use turn signals when changing lanes.

Jay Anderson, Executive Director of the “Stay Alive – Just Drive” motorist education program in Southwest Florida says not using your turn signal is one of the most important, yet overlooked, safety precautions a driver can use. “Sometimes you wonder if people even know they have turn signals installed in their cars”, says Anderson. “If your hands are in the correct position at 9 o’clock and 3 o’clock on the wheel, the turn signal is only an inch away. Yet so often people are just frankly too lazy or complacent to use them.”

Florida personal injury lawyers remind motorists that there is a Florida law on the books that was implemented to help ensure the use of turn signals. Florida Statute 316.156 details when using your turn signal is required:

(1) No person may turn a vehicle from a direct course or move right or left upon a highway unless and until such movement can be made with reasonable safety, and then only after giving an appropriate signal in the manner hereinafter provided, in the event any other vehicle may be affected by the movement.

(3) No person may stop or suddenly decrease the speed of a vehicle without first giving an appropriate signal in the manner provided herein to the driver of any vehicle immediately to the rear, when there is opportunity to give such signal.

(4) The signals provided for in s. 316.156 shall be used to indicate an intention to turn, to overtake, or to pass a vehicle and may not, except as provided in s. 316.2397, be flashed on one side only on a parked or disabled vehicle or flashed as a courtesy or “do pass” signal to operators of other vehicles approaching from the rear.

(5) A violation of this section is a non-criminal traffic infraction, punishable as a moving violation as provided in chapter 318.

Some general safety guidelines for turn signal use are:

• Drivers should always use turn signals – the signal should be turned on about half a block before the turn in a residential area, and 500 feet before the turn on a highway or a country road.

• Drivers should always use the turn signal before applying the brakes – always. * Slowing down should occur before the turn, not in the turn. As a driver turns the steering wheel, he should remove his foot from the brake. For safety purposes, a driver wants power to the wheels in a turn, and pressing the brake prevents that.

• If for some reason a driver questions whether he can make a turn, he should not even try. He should turn off his turn signal while letting off the brake, keep going until he can find a suitable place to turn around, and do so. Then he should come back to the road he needs to take, and make the turn safely. A driver should not press hard or “slam on” his brakes; he should not try to make the turn if he is going too fast. It’s not worth having a crash.

The turn signal can also be used to signal the driver’s intentions:

• When changing lanes: Drivers should signal before changing lanes, not after, and not while straddling the line between the lanes. The purpose of the turn signal is to let everyone know what the driver is going to do before the driver does it.

Bearing these points in mind will make for a safer, and more responsible driving attitude, and help to reduce traffic accidents by making sure all road users are aware of the driver’s intentions. According to Anderson of Stay Alive – Just Drive, “We’ve all seen examples of someone not using their turn signals, causing hesitation and confusion among the drivers around them, particularly at intersections. A person is killed on America’s roads every 13 minutes – a simple thing like using your signals can really help save lives.”

If you or someone you love has been injured or killed due an automobile or motorcycle crash, Associates and Bruce L. Scheiner Personal Injury Lawyers are prepared to aggressively fight for your legal rights, and seek the financial compensation you deserve. Our family of lawyers and support personnel are highly trained in the intricacies of motor vehicle and accident law, and have been focused on justice since 1971.