Locals and tourists are super exited for the new Boston Red Sox stadium, JetBlue Park. It’s sure to be an entertaining destination for many. To help reduce crowding and to help the environment, Lee County and BikeWalkLee are urging residents to “hit for the cycle” by opting to ride their bikes to the new stadium this year. Unfortunately, this may mean an increase in bicycle accidents in Fort Myers unless both drivers and riders are extra vigilant.

So, cyclists and motorists beware and travel cautiously and courteously among one another. 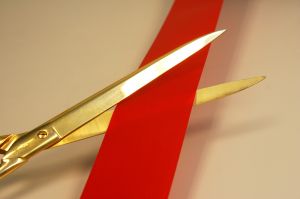 Saturday the 25th was the grand opening event for JetBlue Park and was hosted by the Lee Country Sports Authority and the Boston Red Sox. As you know, the new complex is on Daniels Parkway in Fort Myers and officials are urging bicyclists to join the festivities. The ribbon-cutting ceremony marked the first official day of the new facility. Admission is free for everyone on opening day, according to The News-Press.

Our Fort Myers bicycle accident attorneys invite residents throughout the area to come out and see the new park this year. The new stadium is expected to be a huge success for the area, and we urge everyone to take advantage of it. Bicyclists who attended the opening event were offered a bike parking corral from BikeWalkLee. This corral was provided to cyclists so that they had a safe place to park their bike. Volunteers from BikeWalkLee will be checking bikes in and out of the corral from 11 a.m. to 4 p.m.

Still, these new biking plans leave a lot of residents concerned for safety. How are the surrounding roadways being prepared for cyclist traffic?

We do know that there will be a number of routes and starting points that are planned to take advantage of the Recreational Loops. Recreational Loops is a system of paths and roadways that are being used to link some of the county’s entertainment venues and parks. The Loops are a part of the area’s Bicycle and Pedestrian Master Plan that was adopted back in May by the Metropolitan Planning Organization.

You can access the JetBlue Park-Bicycle Access Map if you or your family plans on biking or walking to the park for any of the upcoming games. It’s an excellent idea to plan your trips before heading out. Preparedness increases safety! On the map you’ll be able to see all of the different ways to get to the park by bicycle. There are eight suggested paths altogether. The map also offers you information regarding the location of bike facilities on each of the paths.

If you’re heading to the park, we urge you to use the East Gate entrance off of Daniels Parkway. This is the designated entrance for bicyclists and is where the bicycle corral is located.