The state supreme court in California has ruled that makers of brand name medications first of all owe a duty of reasonable care to make sure product labels have adequate warnings (regardless of whether the end user is exposed to the brand name drug or the generic version) and also that liability for failure to warn could be found even if the product maker stopped making the drug and no longer owns it. 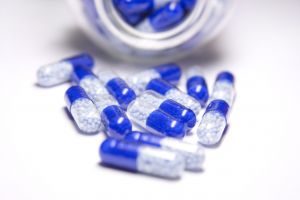 That ruling, which relied on a previous decision by a federal appellate court, could have big implications for product liability litigation in California. Although it doesn’t directly impact Florida cases, it’s common for state supreme courts to rely on their sister courts’ reasoning when faced with similar dilemmas. The decision is likely to open the doors to more product liability lawsuits against brand name drug manufacturers.

The case involves a woman who was prescribed a generic version of the brand name drug Brethine, which is prescribed to curtail premature labor. She was pregnant with twins at the time. The drug was originally an asthma medication, but was given for the off-label use of halting or slowing the potential for preterm labor. Both boys were born seemingly fine, but were diagnosed with developmental delays at age 3. By age 5, they were diagnosed with autism. A lawsuit filed on their behalf against the brand name drug manufacturer, Novartis, alleged the company was aware or should have known about the drug’s potential risk of adverse effects to fetal brain development.

What’s especially noteworthy about the case is that the company didn’t manufacture the drug at the time patient was prescribed it. In fact, the firm had sold all rights to the drug six years before she began taking it. Although this might seem an absurd outcome, one must consider that this ruling actually corrects a problematic legal issue for those harmed by defective drugs.

Justices ruled the claim survives summary judgment because plaintiff could potentially show a cause of action against the brand name manufacturer for warning label liability. The brand name firm created the label, even though it was no longer making the drug. The judges held that brand name manufacturers could foresee potential harm that could be caused in the future when the generic version is labeled with the same warnings.

Companies could avoid this long-term liability if they included some type of indemnification provision in the transfer of ownership of rights to the drug, which is something our defective product lawyers in Fort Myers suspect likely see much more of.