A ruling by Florida’s Fifth District Court of Appeal holds that a claim for loss of consortium, brought by a spouse in unison with a personal injury action, can continue even after the death of that spouse, without having to be refiled as a separate claim. 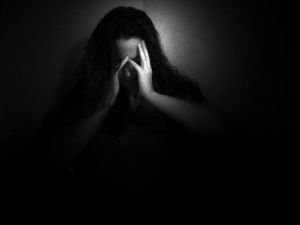 Fort Myers personal injury lawyers understand there are some conflicting rulings in this regard, but the Fifth District, in its consideration of Randall v. Walt Disney World Corp., cites precedent set by the Florida Supreme Court in 2013.

This ruling is important because it sets the tone for how other loss of consortium claims should proceed in the event the original plaintiff/spouse dies before the case winds its way to the trial phase. However, it is still in conflict with precedent set by Florida’s Third District Court of Appeal.

Loss of consortium is a means of seeking compensation for damages suffered by the loss of services from one’s spouse. The focus is on the functional as well as sentimental loss. It’s an old English common law concept, though the first formal case recognized in the U.S. was the 1950 D.C. Circuit Court ruling in Hitaffer v. Argonne Co., in which a wife claimed loss of consortium for her negligently-injured husband. Some jurisdictions, Florida included, have recognized the right of other family members, such as parents and children, to bring loss of consortium claims as well. A person does not have to be deceased in order for the claim to be brought.

In the Randall case, a husband and wife visited a Florida theme park, and while there, rode a roller coaster. In doing so, they alleged, the husband suffered injuries to his head and neck. Within the appropriate statute of limitations, the pair jointly filed a personal injury action that included the wife’s claim for loss of consortium.

In 2010, while the personal injury action was pending, the husband died. The wife and defendant dispute the cause of his death, with the wife asserting it was a result of the injuries sustained in the roller coaster accident, and the defense asserting it was from unrelated causes.

The wife filed a suggestion of death, but she did not move to substitute herself as the personal representative of the estate within 90 days (as indicated under Florida Rule of Civil Procedure 1.260). Consequently, the trial court dismissed the personal injury action, as well as her loss of consortium claim. The wife filed a motion for rehearing, but the trial court denied.

The Fifth District was asked to review the motion for rehearing to determine whether the trial court abused its discretion.

In Taylor v. Orlando Clinic, the Fifth District had previously held that a wife’s cause of action for loss of consortium resulting from a husband’s personal injury can survive the death of her husband. However, this conflicted with a ruling from Florida’s Third District Court of Appeal in ACandS, Inc. v. Redd, which held a loss of consortium claim does not survive the death of a spouse who has been injured.

The Florida Supreme Court weighed the issue in the form of Capone v. Phillip Morris USA Inc. The court was tasked in that case with answering whether, after a party plaintiff’s death, a personal injury action could be amended to add wrongful death, as well as to substitute the personal representative as the estate party. Citing Florida’s Wrongful Death Act, the court determined dismissal of the personal injury action was not required. Instead, the act required suspension of the case until such time that the personal representative could be substituted and the case amended.

However, the court never specifically addressed the issue of loss consortium, and whether it could survive the death of the lead plaintiff. The high court also never addressed specifically the conflict between the Fifth and Third districts. Therefore, the Fifth District panel ruled, the holding in Taylor remained the precedent, meaning the loss of consortium claim would be allowed to continue, despite the spouse’s death.