With the economic recovery still tepid in Florida, many people are forgoing full auto insurance coverage – or sometimes giving it up altogether -because they can no longer afford it. 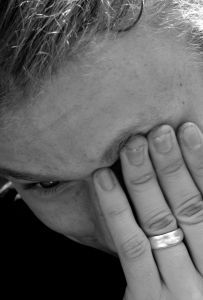 Of course, many of these individuals still drive, as do those who aren’t eligible for auto insurance because they lack a valid driver’s license.

Cape Coral car accident lawyers know that in Florida, it’s illegal for a driver to operate a vehicle without insurance coverage. The fact that so many drivers do it anyway substantially increases the risk that someone who is covered will be involved in a crash with someone who isn’t.

This is where uninsured and underinsured motorist benefits can make all the difference.

If the other driver is not insured, or if the cost of your injuries exceeds the liability limit on the policy, you can pursue further damages by tapping into UIM benefits from your own auto insurer. That assumes, of course, that you haven’t signed a waiver declining this coverage, as many people unfortunately do.

Per Florida Statute 627.727, insurers must offer UIM coverage. Motorist who decline it must offer this declaration in writing.

Like Florida, state law in New Mexico requires insurers provide written rejection of UIM policy in order for it to be considered valid. However, this precedent was only established in 2010 with the decision of Jordan v. Allstate Ins. Co. At the time of that decision, the state supreme court held the decision could be applied retroactively because of previous case law that foreshadowed this ruling.

Then came the Whelan case. The plaintiff was a man whose father was struck by a reckless driver while sitting inside the plaintiff’s parked truck. The crash resulted in extensive medical injuries that racked up bills in excess of $100,000. The father ultimately died a few years later as a result of the injuries he’d sustained that day. At the time of the wreck, the plaintiffs in the truck were insured under the terms of his $50,000 liability limit policy, which on the surface did not appear to provide any underinsured or uninsured motorist coverage.

After his father’s death and following the Jordan decision, the plaintiff filed a complaint seeking recovery of UIM coverage from his own insurer.

The insurance company denied the claim on two grounds: First, the plaintiff had no UIM coverage, and second, the claim was more than six-years-old, and therefore was no longer subject to coverage.

The plaintiff countered that he never signed a waiver of UIM coverage and further, the six-year statute of limitations imposed by the insurance policy was unreasonable and therefore unenforceable.

After a series of decisions and appeals, the case made it to the state supreme court. The high court found the six-year limitations on claims was unreasonable and therefore unenforceable.

However, on the issue of UIM coverage and the absence of a written waiver, the court found that the retroactive application of the Jordan ruling was subject to limitation – only as far back as policies drafted in 2004, when other case law had set similar precedent.

Because the underlying crash and policy in this case harkened back to 2002, the law was not applicable, and therefore the plaintiff could not collect UIM benefits.

This is an unfortunate situation that underscores the need for such laws. The best way to avoid this scenario is to make sure you retain your UIM coverage in the first place.