If you’re over the age of 35, you could be forgiven for not being familiar with “Snapchat.” But it’s worth learning about, considering it has more than 200 million active users and is one of the fastest social media apps in the world. It’s also being cited in an alarming number of nursing home abuse cases across the country. 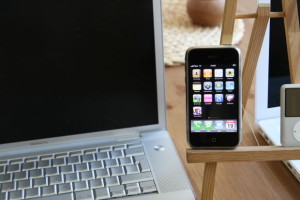 These nursing home abuse cases are appalling, but worse, they don’t seem to be isolated. Non-profit journalism outlet ProPublica launched an investigation recently and discovered at least 35 incidents since 2012 in which workers at assisted living centers and nursing homes shared photos or videos of nursing home residents that were taken surreptitiously. Of those cases, 16 involved Snapchat.

One of the reasons Snapchat is probably so appealing is that the photos last for just a few seconds and then disappear without any kind of lasting record. Users like it because they can share risky photos or videos and believe they are protected from the long-term consequences that might normally result from blasting those images into cyberspace. They may also think that if they are sharing embarrassing images of other people, they don’t have to worry about causing them long-term damage either – so no harm, no foul.

But there is still the possibility of screen grabs, which is how many of these people get caught in the first place. Secondly, no matter if these images are shared publicly for 20 seconds or 20 years, those uploading them had no right to take them in the first place. As many victim family members have stated, some of these individuals who are suffering physical and mental disease were very religious or sometimes private very private people who would be horrified and humiliated at the prospect of those types of images or clips of them being taken or shared.

Our Fort Myers injury lawyers fight for the rights of those who have suffered physical pain and emotional distress due to the reckless and criminal actions of nursing home employees.