You approach an intersection and stop at a stop sign. You try to look both ways, but there is a huge bush in your away. You inch forward and still don’t see anyone, so decide to proceed. BAM! A motorcycle seemingly blasts out of nowhere and strikes your rear driver’s side door. 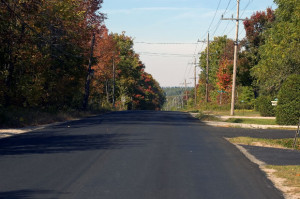 This is what happened to one of the defendants in Withruch v. King County, a case recently before the Washington State Supreme Court.

Central to this case was whether the county could be held at least partially liable for injuries to the motorcyclist for failure to ensure site lines at the intersection were clear. We know that a municipality’s duty to maintain roads in a reasonably safe condition for ordinary travel isn’t limited to the asphalt. So if there is vegetation by the road that is blocking one driver’s view of oncoming traffic, that is a situation where reasonable action is needed to remedy the problem.

Defendant driver approached the intersection, stopped for waiting traffic but did not see plaintiff approaching. She turned left and collided into plaintiff, who sustained serious injuries.

In a split opinion, the court of appeals affirmed. Upon review, the state supreme court reversed, finding there were genuine issues of material fact as to whether the county had breached its duty of care in this instance.

The court noted that there is a duty of a municipality to maintain roadways in a reasonably safe condition, and there was no categorical exemption for unsafe conditions resulting from vegetation by the road.

The county cited a myriad of cases to support its claim, which the high court noted would be valid, but all of those were decided before the state legislature passed a law waiving sovereign immunity for local governments. Before that decision, the duty of local governments in that state was only to warn or protect against misleading or inherently dangerous conditions. While this is part of the requirement to keep roads reasonably safe, it isn’t the only requirement.

Plaintiff had raised sufficient legal evidence to suggest the county failed to take reasonable efforts to correct conditions that were hazardous. Specifically, defendant testified she couldn’t see oncoming traffic. Expert witnesses for plaintiff testified the county could have:

The question of what a reasonable measure is has to be weighed based on the totality of the circumstances. In this case, the court clarified explicitly that the duty to keep the roads free of hazards also pertains to hazards that are created by overgrowth of vegetation along the road.

The county also had argued that even if it did breach its duty of care, this wasn’t the cause of plaintiff’s injuries. But as the court noted, neither motorist said they saw each other until the moment they hit each other. This creates a genuine issue of material fact as to whether plaintiff would have suffered any injuries if the driver’s view hadn’t been blocked.

The case was remanded for trial.