The latest annual Traffic Safety Culture Index study, released by the AAA Foundation for Traffic Safety, reveals that while 1 in 5 U.S. drivers has been involved in a serious crash – with 1 in 10 seriously injured – many still continue to engage in risky behavior behind the wheel. 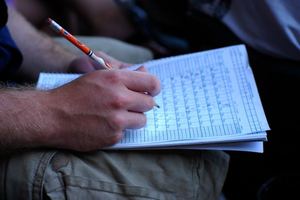 Researchers polled more than 2,700 licensed drivers who had driven at least once in the last month, asking about their perception of highway threats, acceptability of certain driving behaviors, support for certain laws and the frequency of their own engagement in those behaviors.

The common thread study authors discovered was a “Do As I Say, Not As I Do” attitude among motorists. For example, though nearly 55 percent of drivers reported red light running was a serious threat to roadway safety and 73 percent deemed it completely unacceptable, nearly 36 percent admitted they had done so themselves at some point in the last month.

In another instance, more than 45 percent of those surveyed said speeding 10 mph or more on a residential street was unsafe and 65 percent stated it was totally unacceptable. And yet, nearly half of all drivers had done it themselves in the 30 days prior.

Texting and e-mailing while driving was another problem deemed a major threat to public safety, according to 79 percent of those who answered. Approximately 85 percent indicated that to do so was totally unacceptable. And yet, more than a quarter conceded they had done so in the past four weeks alone.

A similar pattern followed regarding attitudes on drowsy driving. Forty-five percent of those who responded indicated it was a serious threat, while 82 percent indicated driving too tired was unacceptable. Despite this, almost 30 percent – 3 in 10 – said they drove while heavily fatigued in the last 30 days.

It’s not a matter of people not realizing the severity and consequences of a Fort Myers auto accident. In addition to 20 percent having suffered serious injury in a crash, almost 1 out of every 3 drivers polled had a friend or relative either seriously injured or killed in a crash.

Perhaps unsurprisingly, younger drivers tended to be more likely to find risky behaviors acceptable and were less apt to support laws that would reduce the level of distraction for drivers. Interestingly, however, it wasn’t the youngest cohort of drivers that was most likely to text-and-drive – it was the group between the ages of 25 and 39.

Also noteworthy was drivers’ apparent ignorance regarding the safety (or lack thereof) of hands-free technologies. More than two-thirds reported the belief that such devices are safer for use when driving than hand-held devices. This is despite a definitive body of evidence to the contrary. In fact, AAA’s own studies indicate both devices impose comparable risk.

The good news is many drivers are supportive of laws to ban texting while driving (90 percent), imposition of ignition interlock devices for repeat drunk driving offenders (81 percent) and universal helmet laws for motorcyclists (82 percent).