Recently at a South Florida high school, cell phone video captured a fight that broke out among a group of girls. The teens traded verbal insults for a good five minutes before it dissolved into a physical fight. 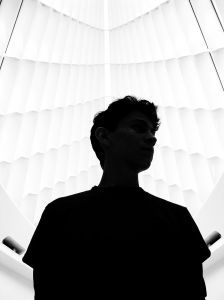 In the course of the five-minute video, only one teacher is present and trying to address the situation. It isn’t until the very end that backup arrives, and this has raised serious questions about supervision and other issues.

Our Fort Myers injury lawyers know some 90,000 children each year must be taken to the emergency room after suffering some type of assault at school. Even though most child injuries that occur on school grounds are of an accidental nature, violent confrontations on school grounds between students are an increasingly serious problem.

Although school shootings get a lot of attention when they happen, those kinds of incidents are relatively rare. Researchers at Brown University’s Alpert Medical School recently reported 40 percent of child school injuries were the result of scratches and bruises, though brain injuries such as concussions were not uncommon.

Florida was the site of the vicious attack of a 15-year-old girl by a 17-year-old boy, who was accused of brutally kicking and stomping on her head so badly that she now suffers permanent brain injuries. The aggressor in that Deerfield Beach case was ultimately convicted of attempted murder and sentenced to 20 years in prison.

The school violence report, published in the journal Pediatrics, looked at emergency room visit statistics involving young people in 66 hospitals between 2001 and 2008. The number of injuries nationwide was then calculated based on these figures.

Over the eight-year period, researchers found there had been some 7 million ER visits due to injuries sustained at school. That includes all injuries, from sports-related incidents to tripping and falling or otherwise getting hurt.

However, more than 700,000 of those were determined to be the result of intentional infliction of harm, accounting for approximately 92,000 emergency room visits each year.

Almost all of those incidents (96 percent) were the result of assaults by other students. The majority of these incidents involved minority boys between the ages of 10 and 14.

The U.S. Centers for Disease Control also recently touched on this issue, with a school violence prevention campaign it launched last year. A survey the agency conducted in 2011 found that:
–About 12 percent of students reported being in a physical fight on school property within the 12 months prior to the survey.
–Nearly 6 percent indicated they did not go to school on one or more days within the past month because they felt unsafe either at school or on their way there or back.
–About 5.5 percent reported they had taken a gun, knife or other weapon to school within the past month.
–About 7.5 percent reported being threatened or injured with a weapon at school at some point during the past year.
–About 20 percent reported they were bulled on school property sometime in the past year, while another 16 percent reported they were bulled electronically during that same time frame.