The content of a Facebook page maintained by the mother of a critically-injured Cape Coral boy will not be subject to review by the companies being sued for contributing to the boy’s injuries. 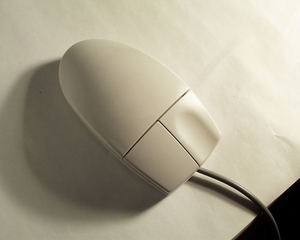 That’s according to a ruling by the panel of judges on Florida’s Second District Court of Appeals in the case of Root v. Balfour Beatty Construction LLC .

While the plaintiff in this case should consider this decision a victory, our Cape Coral personal injury lawyers recognize it as a cautionary tale to other complainants in all types of personal injury claims. The fact is that courts have at times ruled that social media posts, videos, likes, comments and even private messages may be subject to discovery by the opposing side.

By commenting or sharing any information regarding any element of a pending or potential personal injury case, the plaintiff risks potentially hurting the case. This is true even of seemingly benign details.

In this case, the child was just 3-years-old when he was being pulled in a wagon by his aunt along Del Prado Boulevard near Kismet Parkway. The tot reportedly jumped from the wagon and darted across a construction zone before being struck by a vehicle. The driver of that vehicle did not stop, even though he had dragged the child for several feet. The boy suffered a broken pelvis, a broken leg and injuries to his face and head that resulted in swelling of the brain. He suffers from permanent neurological damages.

The child’s mother then filed a lawsuit on behalf of her son, alleging that both the city and the construction companies that maintained the site where the incident occurred were negligent in failing to use reasonable care in keeping the construction site safe for pedestrians.

The defendants have countered with affirmative defenses of negligent entrustment by the mother, failure to supervise by the aunt and driver negligence.

In this case, the judges determined the defendants had not met that standard.

The fact is, this request was overly-broad, reaching for information pertaining to this woman’s personal relationships with her close and extended family and a purported history of mental illness and substance abuse.

Most people are active on social media to some degree. It’s important for those mulling litigation to significantly limit communication on these platforms where it pertains to a personal injury case.