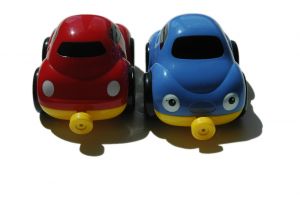 Florida injury lawyers continue to monitor moves by the federal government to increase fuel efficiency, which in the past has led to smaller cars and more traffic fatalities in Florida car accidents.

The Insurance Institute for Highway Safety reports that the Energy Policy and Conservation Act of 1975, resulted in cars that were 500 pounds lighter and 75 percent more fuel efficient by 1990 but also increased fatality rates 25 percent.

Continued research by the council concluded in 2002 that 1,300 to 2,600 additional traffic deaths occurred because of weight reductions made to comply with federal fuel-mileage standards.

President Barack Obama’s announcement this month will require automakers to further increase fuel averages — to 35.5 miles-per-gallon by 2016. The council and other safety advocates are pushing for less horsepower, which in and of itself has been shown to reduce fatalities, as a better alternative to further reductions in vehicle weight.

“The deadlines are so tight that downsizing will be a tempting compliance strategy,” John Graham, a former rulemaking chief with the federal government, told the USA Today.

Safety advocates note that the mandates hit as automakers are in financial crisis.

“(If they) leave automakers the option of downsizing, clearly we’re going to have some safety consequences,” said Adrian Lund, the council’s president, of the final rules lawmakers draft for automakers. “Smaller vehicles do not protect their occupants as well as large ones.”

Florida injury lawyers urge car owners to do their research before purchasing a new vehicle. Fuel mileage is one factor to consider but safety performance can literally be a lifesaver.

If you or someone you love has been in a car accident, there are certain things you can do to help protect your rights. Our Florida injury lawyers offer free appointments to discuss your rights at offices located throughout Southwest Florida, including Fort Myers, Naples, Cape Coral, Port Charlotte, Sebring and Venice.