They used to call them car phones. What a difference a generation makes.

Randall Stephenson, the CEO of AT&T, is working to get drivers to put down the cell phone when they’re behind the wheel. It’s all a part of the “It Can Wait” campaign, which aims to stress that no text message is worth a human life. The campaign first kicked off back in 2009. Although it’s targeted toward teenage drivers, no one should text behind the wheel. You’re actually 23 times more likely to get into a serious accident when you’re text messaging. 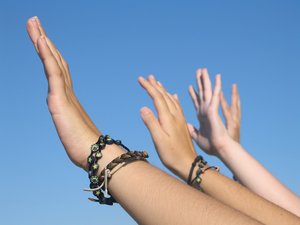 Our Cape Coral car accident lawyers understand how popular texting has become. For many, it’s now their most used form of communication. Unfortunately, some people are texting everywhere, even behind the wheel when their attention should be on the road. Texting has become such a problem that texting while driving has increased by about 50 percent in just one year (2010). In 2009, only about 20 percent of drivers admitted to texting while driving. Nearly 45 percent of teen drivers admit to texting behind the wheel.

AT&T isn’t the only company that’s getting in on the action. Some of its toughest competitors, including both Verizon and Sprint, have launched their own anti-texting behind the wheel campaigns. Stephenson says this isn’t a competition and their help is welcomed. He ads that he encourages companies to take a stand against dangerous driving habits.

“This is a dead-serious issue and I don’t mean that as a pun,” said Stephenson.

In 2010, there were more than 3,090 people killed in distracted driving car accidents. Nearly 420,000 additional people were injured in these same incidents. And these are only the accidents that were reported. Many officials believe that this number is actually much higher because many drivers aren’t ready to admit to an officer that they were in fact distracted by a cell phone or a text messaging device when the accident happened.

More than 10 percent of drivers under the age of 20 who were involved in fatal accidents in 2010 were reportedly distracted at the time of the accident. They account for the group with the largest proportion of drivers who were distracted in an accident.

Did you know that sending or receiving a text message requires a driver to take their eyes off of the road for an average of 4.6 seconds. When a driver is going 55 mph, that means that can drive the entire length of a football field and never even see the road, according to Distraction.gov.

You’re urged to take the pledge and to not only protect yourself on the road, but to help to make it safer for everyone else, too!