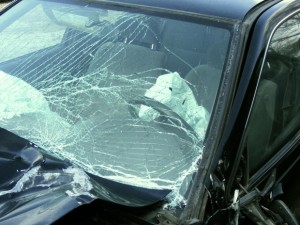 The approved settlement indicated collection of damages would be limited to applicable insurance policies. Soon after the settlement was approved, three insurance carriers sued the victims for a declaratory judgment that would assert they were not liable to pay the insurance settlement. In the case of Universal Underwriters Ins. Co. v. Winton, plaintiffs argued either that one of the insurers was liable under garage and umbrella policies because the dealership still owned the vehicle, or alternatively that another dealership still owned the car and therefore a different two insurance policies covered the accident.

The trial court granted summary judgment to insurers and the U.S. Court of Appeals for the Tenth Circuit Affirmed.

As car accident lawyers in Fort Myers, determining the types of insurance coverage available and the identity of liable parties, is critical to building a case for recoverable damages. As this case shows, even a finding of liability and damages may not matter much if there is no viable entity to pay.

The garage liability insurance here is interesting because typically, it is used to assert coverage of vehicles that are owned by auto dealerships and crashes that arise out of business operations.

Two insurers provided liability coverage to M and one to H.

However, the lower court ruled that neither was liable.

The court stated that H’s insurer wasn’t liable under its garage coverage because that policy indemnified customers (for a short period) – but only insofar as the customer’s personal liability insurance didn’t cover the statutory minimum mandatory $50,000 in bodily injury liability. Under the policy, decedent driver would have been covered under a provision that extended coverage to “any other person or organization required by law to be an insured while using an auto covered by this coverage part within the scope of your permission.” Technically, the dealership still owned the vehicle and the customer had permission to drive it, so the policy would have covered her for liability – but the most the policy would pay was the $50,000 statutory minimum, and even then, only if the individual’s own insurance didn’t cover it.

Further, that same insurer’s umbrella policy – which offered $15 million in coverage – doesn’t cover customer liability – only liability of employees. As to the other two insurers, the lower court ruled they were not liable because M did not own the vehicle at the time of the crash, as it had already changed hands twice by that point.

On appeal, the Tenth Circuit affirmed.

Certainly, these are avenues that plaintiffs’ attorneys needed to explore, but unfortunately, victims will not be able to recover from these policies.