We are entering the height of hurricane season in Southwest Florida and that means any number of additional dangers on the road.

NBC-2 reported a motorist escape injury last week after crashing a car into deep standing water in a field in Fort Myers. The incident illustrates the risks drivers face anytime they leave the roadway during rainy season in Southwest Florida, where standing water, retention ponds, and hundreds of miles of canals, rivers and inlets pose unique risks to motorists. 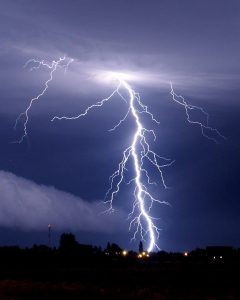 In a separate incident, six people were hurt after lightning struck the rooftop of an apartment complex. In that case, the injured were working on the roof. One woman fell two stories. Another victim fell from a ladder and struck his head on the pavement.

Fort Myers injury lawyers know there are a number of common scenarios in which weather increases the risks of a serious or fatal traffic collision, or increases the chance of injury.

When we think about severe weather, we typically focus on the risks of hurricanes as rainy season in Southwest Florida reaches its seasonal peak. However, there are a number of far more commonplace weather scenarios that frequently result in serious or fatal injury.

At Associates And Bruce L. Scheiner, our injury lawyers in Fort Myers and Cape Coral have been representing accident victims since 1971 and have extensive experience litigating personal injury and wrongful death claims stemming from weather-related incidents throughout Lee, Collier, Charlotte, Hendry, Glades and Monroe counties.