The News-Press has reported a number of serious multi-vehicle accidents in Southwest Florida in the last month.

In one incident, a multi-vehicle collision closed the westbound lanes of NE Pine Island Road while the Lee County Sheriff’s Office questioned a number of witnesses and others who were at the scene. Media reports indicate a blue Bentley crashed into a silver Honda SUV as traffic was stopped for another accident further up the road. The Florida Highway Patrol also was called to the scene to investigate. 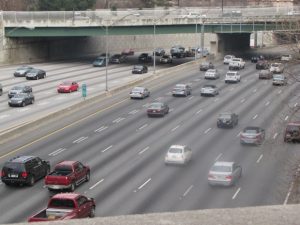 Our injury lawyers in Fort Myers and Cape Coral know there are a number of things you can do to reduce the risk of being involved in such collisions, and to protect your rights in the event you are involved in a crash with multiple parties.

Secondary Collisions a Common Cause of Injury

It’s not uncommon for such secondary collisions to be even more serious than the initial accident. A minor fender-bender can stop traffic. When a road is heavily traveled, oncoming traffic may not stop in time, resulting in a multi-vehicle collision as an at-fault driver plows into stopped traffic. Large trucks and other commercial vehicles are among the deadliest based on their size and force of impact, and are also among the most likely to not be able to stop in time.

Your chosen personal injury law firm must have extensive experience in litigating cases against multiple parties.

In cases like this, with multiple parties involved, multiple witnesses, and multiple law enforcement agencies at the scene, the issues of fault, causation and liability can become clouded. For example, does the initial at-fault driver share some responsibility for a secondary collision? If you are hit from behind and forced into traffic in front of you, are you to blame for striking the car in front of you or is the driver who struck you to blame for both accidents?

An experienced car accident lawyer in Fort Myers or Cape Coral will be in the best position to protect your rights after a serious or fatal traffic collision involving multiple vehicles.

Additionally, Florida’s laws on comparative fault will be determinative. Florida law states: “contributory fault chargeable to the claimant diminishes proportionately the amount awarded as economic and non-economic damages for an injury attributable to the claimant’s contributory fault, but does not bar recovery.” What that means is that drivers found to be partially at fault may still  make a claim against other at fault parties for damages so long as those parties shared a greater degree of fault for causing the collision.

Florida’s law on joint and several liability holds an at-fault party accountable only for his or her degree of fault. That means failure to identify and pursue all at-fault parties and their insurance companies can result in an unrecoverable judgment in cases where a non-party to a lawsuit is assigned significant liability for damages.