Our Sebring motorcycle accident attorneys have been talking about the risks associated with summer riding in Florida.

Did you know that most motorcycle accidents happen in the month of March, April and May? This is because that’s in the middle of Spring Break and the summer riding season. We’re in the middle of Spring Break and that summer riding season is right around the corner. Although we have a large amount of riders in the state throughout the year, these two riding periods are extremely dangerous on our roadways and we want to talk about the risks before it’s too late. 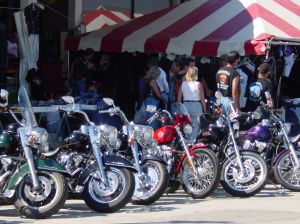 Let’s continue on in this discussion.

In 2009, the median for hospital charges resulting from acute care hospital for a nonfatal motorcycle accident totaled nearly $54,000. Emergency rooms were costly, too.

Believe it or not, nearly half of all hospitalizations and E.R. visits are not covered by commercial insurance. Roughly 30 percent of these bills were paid directly by the victim’s personal funds or were paid by their personal insurance.

Associates and Bruce L. Scheiner, Attorneys for the Injured, has spent four decades fighting for the rights of motorcycle riders throughout South Florida, including Sebring, Port Charlotte, Fort Myers, Cape Coral and elsewhere. If you or a family member has been injured or killed in a motorcycle accident in South Florida, call to set up a free and confidential consultation to discuss your case. 1-800-283-2900.