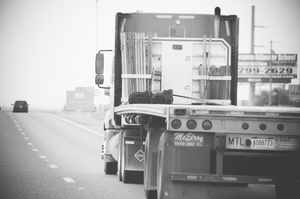 In the recent trucking accident case of ACUITY v. Johnson, proceedings were prolonged while the insurer disputed its responsibility to cover damages resulting from an accident involving it’s small-scale trucking company client.

The insurer did ultimately end up paying more than $560,000 to plaintiffs, but there was a central dispute as to whether the company should have had to indemnify the trucking firm in the civil lawsuit. Ultimately, the U.S. Court of Appeals for the Eighth Circuit determined that it should and that the claim was covered.

According to court records, the trucking company owned just two semi-tractors. Because insurance was so expensive, the owner/operator only insured a single truck at a time, depending on which one he was actively driving. One was a 1986 model and another was built in 1987.

Owner claimed in December 2009, he called the insurer to switch coverage from the 1986 semi to the 1987 semi. However, the latter broke down the very next day. Within three days, owner contacted insurer and asked him to switch the insurance back to the older truck.

About one year later, the owner’s truck, while pulling a trailer for another company, collided with another vehicle. The trailer flipped and landed on top of the other driver’s car, resulting in her tragic and untimely death.

Trucking company owner called his insurer to report the accident. However, insurer insisted the crash was not covered under the policy because the 1987 model was covered – not the one that was involved in the crash. The insurer insisted internal records showed the owner had called again the following February to switch coverage to the 1987 model. Owner denied having ever made this request, and he pointed out how irrational that would be because the 1987 truck remained and still was at the time of the crash inoperable.

The primary issue here was whether the owner did in fact call to switch the truck policy in February 2010. If the company mistakenly switched it without the owner’s consent, it would still be liable to pay damages.

Meanwhile, the estate of decedent pursued action against the owner, which his insurer defended. It paid more than $560,000 to settle, but then sought reimbursement for that amount.