In the event of a motor vehicle accident, there are two different kinds of damages a plaintiff may be able to collect: compensatory and punitive. 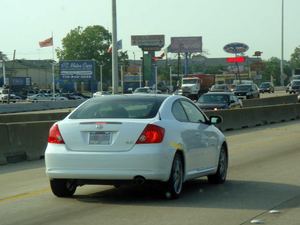 Punitive damages, meanwhile, are not intended to compensate the victim for any injuries or damages he or she suffered, even though they are ultimately paid to plaintiff. Rather, they are intended to punish a defendant for egregious actions.

The exact amount one might expect in a punitive damage case will depend on the nature of defendant’s conduct, how wealthy defendant is and how much harm other potential victims suffer by defendant if he/she is not punished. It also factors in the actual harm sustained by plaintiff.

Not all states allow injury victims to pursue punitive damages, no matter how horribly defendant acted. Florida does allow punitive damages. However, only in rare instances where a judge will allow it.

Our accident lawyers in Cape Coral recognize mere negligence is not basis enough to seek punitive damages. It will be up to your attorney to prove prior to trial that defendant was grossly negligent, reckless or displayed wanton or willful disregard for the safety of others.

Procedurally, F.S. 768.72 bars punitive damages claims unless there is a “reasonable showing by evidence” to lay the foundation for a “reasonable basis for recovery of such damages.” The language, of course, is rather vague, leaving much to the discretion of trial judges. The recent case of Quinlan v. Toyota Motor Corp. shows us that sometimes, judges will allow pursuit of such damages.

In Quinlan, a former University of Central Florida student suffered catastrophic injury in a single-car accident in which he lost control of his vehicle and slammed into a building. The impact rendered him quadriplegic.

He is now suing the manufacturer of the vehicle, alleging the electronic systems governing the throttle control were faulty, causing the car to accelerate suddenly without advance warning.

His case is one of several hundred pending in state and federal courts. The company reached a multi-billion settlement on many of the prior claims, but some plaintiffs rejected the deal and are pressing forward with individual litigation.

Recently, the judge overseeing the Quinlan case gave the Ok for plaintiffs to pursue punitive damages. Factoring heavily in her decision in the product liability case was evidence gleaned form a similar case in Oklahoma, where a 76-year-old woman was seriously injured and a 70-year-old woman killed when the vehicle sped up suddenly. Defendant company denied any defects in the vehicle central to that case, but internal emails revealed that while officials understood the real issue to be electrical in nature. In that case, jurors awarded $3 million in compensatory damages, and were preparing to assess punitive damages when the company negotiated a last-minute settlement out-of-court.

Based on evidence that the company intentionally concealed the risk of danger to consumers, the Palm Beach County judge ruled punitive damages may be appropriate.

This does not mean they will definitely be awarded. It’s still up to plaintiff attorneys to win the case.