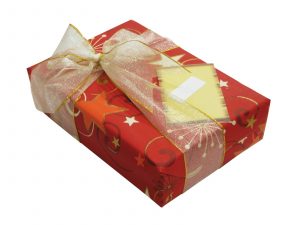 Media reports, including this one on BuzzFeed.News, continue to illustrate how the company works to escape liability.  In one instance, a 3-ton delivery van, working a neighborhood during the holiday rush a few days before Christmas, barreled into an 84-year-old grandmother, nearly killing her. In another case, an Amazon driver working a Chicago neighborhood was charged with reckless homicide.

In the year since Amazon launched a program to hire hundreds of independent startup companies to deliver packages, media reports have revealed a fast-paced, high-pressure culture that pays drivers a flat rate of less than $200 a day to deliver hundreds of packages door to door in neighborhoods across America.

Using independent contractors has a number of benefits for Amazon. Small independent delivery companies have incentive to run at a profit, to avoid waste, and to maintain company standards. However, among the chief advantages for the Internet giant is the asserted immunity from prosecution for serious and fatal traffic accidents.

However, our injury lawyers in Fort Myers know protection from personal injury and wrongful death liability will ultimately be a matter for the courts to decide.

Seaton noted the many outstanding legal issues involving liability of “independent contractors” driving larger vehicles, such as the Amazon delivery vans that are becoming commonplace in our neighborhoods. He notes the Federal Motor Carrier Safety Administration does little to regulate such carriers, which fall into an exemption for vehicles with a gross rate of less than 10,000 pounds.

For now, a patchwork of state and federal regulations continue to apply, although regulation of these independent delivery carriers remains lax at best. Rules governing whether drivers are employees or independent contracts largely rely upon the extent of control exerted over the carrier. That gives plaintiff attorneys plenty of ammunition to use against Amazon, which has been notoriously heavy handed when it comes to handling of those it classifies as “independent contractors.”

Our Fort Myers injury attorneys have written about similar issues faced by Uber and Lyft, although mandatory liability insurance requirements have been quicker to come to such independent livery (passenger) services, than they have when it comes to protecting the public from liability associated with home package delivery.