Despite the overwhelming evidence proving that texting while driving is dangerous, these types of distraction-related car accidents in Fort Myers continue to be a serious problem. The Florida Legislature, with Republican super-majorities in each chamber, has continued to shoot down anti-texting laws one after another. Currently, there are 35 states that prohibit drivers from texting while driving. Florida is not one of them. The state’s lawmakers often turn down these safety bills because they say that it equates to government intrusion in citizens’ lives. That could all soon change. 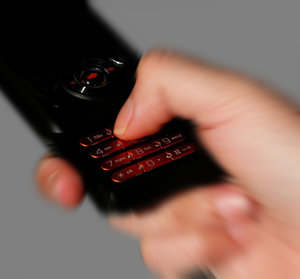 Senate bill 416 is making its way through committees. So far, there have only been two votes against it. The bill was sponsored by Rep. Ray Pilon, R-Sarasota. The House version, House Bill 299, hasn’t gone anywhere, according to The News-Press.

Our Fort Myers car accident attorneys have been there: Driving in the car, aggravated with a swerving driver who is doing nothing more than looking at his cell phone. It’s a common sight on roadways throughout the state. Yes, the state of Florida has a reckless driving law, which in some cases can be applied to texting drivers. But that kind of law doesn’t carry enough muscle to get drivers off of their phone, with their attention back on the road.

“There are already laws on the books that make it illegal to drive unsafely,” said Jim Harper, director of information policy studies for the libertarian Cato Institute.

Legislators say they’re not against roadway safety, but they are against an intrusive government. According to Harper, it would be like making laws for every silly little thing drivers do. He adds that after the invention of vehicle cup holders, there was increase in the number of traffic accidents. Still, lawmakers didn’t run out and outlaw cup holders.

A spokesman for Gov. Rick Scott said he has not yet taken a position on the issue, though Scott typically pushes for minimal government regulations.

Back in 2010, Scott told AAA that distracted driving of all kinds needs to be discouraged. He pledged to work alongside lawmakers to make policies that address distracted driving. Scott’s wife was once hit by a driver who was texting at the wheel.

Under the bills, texting while driving would be a secondary offense, meaning that an officer can’t cite you for it unless you are violating another traffic law, such as speeding or weaving.

Drivers who are busted would have to shell out $30 for a first violation and $60 for a second. If a texting driver causes an accident, he or she can get 6 points on his or her license. Twelve points on your license in a year results in a 30-day license suspension.

In the first 10 months of last year, there were roughly 171,540 car accidents reported in the state of Florida. About 150 drivers in those accidents, accounting for less than 1 percent, were allegedly texting while driving.

If you or someone you love has been injured or killed in a distraction-related car accident in Fort Myers, Naples, Bonita Springs, Cape Coral or Sebring, contact Associates and Bruce L. Scheiner, Attorneys for the Injured, for a knowledgeable explanation regarding your rights. Experienced injury lawyers are available for a free appointment to discuss your case by calling 1-800-283-2900.