More and more, people are dying in pedestrian accidents in Fort Myers and elsewhere.

Recently, a 62-year-old man was killed in south Fort Myers. His death is the fifth pedestrian death in Collier and Lee counties in the month of February, according to The News-Press. 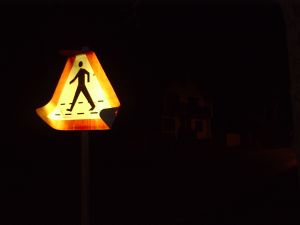 The most recent accident happened at the intersection of Jamaica Bay Boulevard and U.S. 41. According to the paper, the pedestrian was struck by an oncoming car. Troopers with the Florida Highway Patrol (FHP) were called to the accident at around 1 p.m. The man was pronounced dead at the scene.

Our Fort Myers car accident attorneys know that residents and visitors enjoy being outside in the beautiful Florida weather. We would ask, however, that you do so safely. Walking and biking are both excellent ways to stay in shape and help with the environment, but it’s no good if we all can’t work together to make our roadways safer for everyone. Florida remains the most dangerous state in the country for pedestrian accidents. We can preserve the safety of the state by making a vow to be on the lookout for our vulnerable travelers. Florida is a family, and we need to lookout for one another.

The recent accident that took the life of the 62-year-old man was the latest in a trend of fatal pedestrian accidents in the area. Earlier this month, a man in Naples was killed while walking along Golden Gate Estates. There was also an 87-year-old was struck by a sports car in Fort Myers, a 44-year-old was hit after a two-vehicle accident in the Cape and a student from Estero High School died after he was hit by a car while trying to cross U.S. 41. Believe it or not, those accidents are only the accidents that happened in the first part of February.

A founding member of street safety coalition BikeWalkLee, Dan Moser, says that what this areas needs is stricter penalties for people who hit and kill others walking near the roadway. Unfortunately, drivers seldom face serious charges in the event of a pedestrian-car accident unless they’re driving on a suspended license or were drunk at the time of the crash.

Consider the investigation of the death of a woman who was killed after a motorists swerved near here on the Sanibel Causeway. The swerving truck knocked her off her bike and over the edge of the bridge into the San Carlos Bay below. Eight months later, it hasn’t been determined if charges are going to filed, and the investigation is still going on.

According to Deputy Vernon Tyus with the Lee County Sheriff’s Office, the increase in traffic with snowbirds has probably been at least one factor in the alarming number of pedestrian fatalities. He said tourist drivers are more likely to drive while distracted because they’re less familiar with the area.

Regardless of which drivers are at fault, the fact remains that all drivers need to be more cautious and alert behind the wheel. The south Fort Myers area is an appealing area for pedestrians. Motorists are asked to be careful and to treat these travelers with some respect. They have rights on our roadways, too!

Associates and Bruce L. Scheiner, Attorneys for the Injured, is a law firm dedicated to helping those who have been injured in pedestrian accidents in Fort Myers, Bonita Springs, Cape Coral and elsewhere in the South Florida area. Call us today for a free and confidential consultation to discuss your case. 1-800-283-2900.