In an increasing number of crash-related injury lawsuits, both plaintiffs and defendants are seeking cell phone records from the other side. The interest is not so much with the content (although in some situations, that is relevant). Rather, the greater relevance is the determination of whether an individual was using his or her smartphone at the time of the crash. 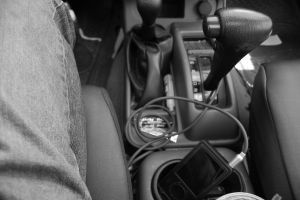 If this is true, at the very least it could establish comparative fault by a plaintiff, which could result in loss of some portion of damages, even if litigation ultimately results in his or her favor. However, it could go far in proving total fault of plaintiff, which could result in the dismissal of the case. On the other hand, if the records sought belong to defendant, evidence of cell phone distraction behind the wheel could be a powerful tool for a plaintiff attorney seeking damages for the crash.

In the recent case of Antico v. Sindt Trucking, Inc., plaintiff is the widower/personal representative of the estate of a woman killed in a trucking crash in Northern Florida. Defendants, however, contend decedent was at fault – at least to some degree – for the crash because she was distracted by her iPhone.

Our Naples truck accident attorneys recognize distraction is a serious problem on Florida roads. The Florida Department of Transportation defines distracted driving as any mental or physical activity that takes a driver’s focus off the task of driving. A distraction could be anything from changing the music to checking on your children in the back seat.

However, those actions may not be as easy to track as cell phone data, which can provide historical analysis of when someone was operating the navigation, searching the Internet, texting or making phone calls. This information can be crucial in a personal injury or wrongful death lawsuit.

Florida Statute 316.305 bars texting while driving, but it’s a secondary offense. It might not result in severe criminal penalties, but it could be important in civil litigation.

In the Antico case, defendant trucking company requested an order from the trial court allowing an expert to glean cell phone data from decedent’s phone from the day of the crash. Plaintiffs objected, citing privacy rights under the state constitution.

Trial court granted defendant motion, provided the inspection respect decedent’s privacy and underscored that only information relevant to the crash would be permitted as evidence. Still, the trial court indicated the requested information was highly relevant, as cell phone records could show whether decedent was texting in the minutes before the crash, as two witnesses attested. Additionally, testimony from troopers who responded seems to back this assertion.

Still, the court set specific guidelines for the expert, including instructions to install protective software to ensure no changes to hard drive would be made, limiting the review to the nine-hour period permitted by the court (which includes all call records, text messages, web searches, emails sent and received, downloads, uploads, GPS data and data changes).

An important reason plaintiff may be resisting this order is because such information may unfairly prejudice the court. That is, just because a plaintiff was texting or talking on her phone minutes before the crash doesn’t necessarily mean she was doing so at the time of the crash, nor does it mean her actions played a significant role in the wreck.

Plaintiff appealed the order to Florida’s First District Court of Appeal, which ultimately affirmed. Plaintiff argued the order allowed defendants to tap into a “digital ocean” on decedent’s phone that amounted to an improper fishing expedition in violation of decedent’s privacy. However, appellate court held privacy rights don’t totally close the door to discovery of data on digital devices, so long as appropriate consideration is given to one’s privacy and the information sought is relevant. Here, the appellate court found the trial court had done so, and upheld the order.