A pedestrian who was injured on a public street by a wrong-way cyclist on a delivery later filed a premises liability lawsuit against, among others, the construction company and the owner of a private building under renovation. 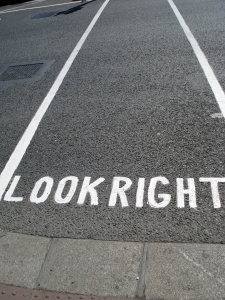 The crux of the argument in Bufkin v. Felipe’s Louisiana before the Louisiana Supreme Court hinged on whether the vision-obstructing trash bins placed in public parking spaces constituted a hazard that was open and obvious, therefore negating the company’s duty to warn the public of possible danger.

Ultimately, the court ruled in favor of the construction firm, finding the large metal trash containers were not inherently dangerous and further were open and obvious in a way that required people encountering them to take reasonable precautionary measures to avoid injury when crossing the street.

Although this is a Louisiana case, our Fort Myers injury lawyers know Florida has the highest rate of pedestrian injury and fatalities anywhere in the country. In situations where these accidents occur in or near construction zones, there may well exist valid grounds for a premises liability claim. It’s going to depend on a case-by-case basis. We work to carefully weigh the merits of each injury claim we receive before determining:
1. Whether there are grounds for a case;
2. The best way to pursue damages for those injuries.
3. Which defendants should be pursued for compensation.

In Bufkin, the undoing of the claim was the open-and-obvious doctrine (referred to by the Louisiana court as “open and apparent,” but same thing).

Plaintiff alleged when he came across the barrier blocking his direction of travel on the sidewalk, a sign notified him of ongoing construction at the building and the need to cross to the sidewalk on the other side of the street. He began to follow these instructions, and in so doing, waited next to a large trash bin parked over three adjacent parking spaces. He waited for three cars to pass down the one-way street before proceeding into the roadway. He asserted that because of the trash bin next to him, he was unable to see the wrong-way deliveryman bicyclist bearing down on him until seconds before impact.

He contended the large trash bin created a dangerous condition by obstructing the vision of pedestrians. Normally, any claims about hazards on sidewalks or public streets would fall into the government realm. However, when a private company conducts work that stretches onto the sidewalk or areas of public property, it assumes temporary possession/responsibility of those areas.

However, a key defense to claims of unsafe conditions or failure-to-warn is open and obvious, which is what defendants successfully posited here. It’s worth noting this ruling pertains only to the construction company. The restaurant that employed the delivery cyclist and its insurer are still on the hook for possible damages.