One of the reasons it’s so important to hire a Fort Myers injury lawyer with experience is because quite often, elements of the case will meander into other facets of law, such as employment law or business law. 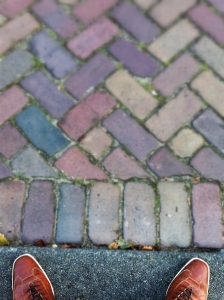 The outcome of the injury case could hinge on the plaintiff lawyer’s ability to argue some element pertaining to these specific areas of law. A common example would be a person injured by a negligent truck driver. In order to seek compensation from the trucker’s employer and insurer, one might first have to establish the trucker actually worked for the firm, and was not simply an independent contractor. Doing so requires more than base-level knowledge of state and federal labor law.

Another example of how other areas of law can factor into an injury lawsuit was illustrated recently in the case of Hillstone Restaurant Group v. P.F. Chang’s China Bistro, Inc., weighed recently by Florida’s Third District Court of Appeal. Although the injured party was not required to argue which entity should indemnify the other (this was a dispute between two companies), it’s relevant to future personal injury plaintiffs.

The case began in 2007, when the plaintiffs filed suit against both the restaurant and the owner of the property, which leased it to the restaurant. The suit alleged that a woman who arrived to dine at the establishment tripped and fell on a protruding curb that was unlevel and created a dangerous surface in the ingress/egress section of the restaurant. The woman and her husband, also a party to the suit, alleged negligent care, design, maintenance, repair, management, cleaning and/or operation of the site.

The two businesses – the restaurant and property owner – filed cross-claims against one another, seeking indemnity from the other, based on the terms of the lease. Most commercial leases require tenants to assume responsibility for liability arising out of an occurrence in connection with the leased premises, except for liability that arises out of the sole negligence of the landlord. State laws vary on the appropriate scope and enforceability of these provisions.

The trial court in this case granted summary judgment to the restaurant/tenant, finding that the subject curb where the patron fell was located in a common area of the development, and not on the restaurant’s premises.

Although the restaurant argued the area in which the fall occurred was a “common area,” not dedicated permanently to the exclusive use of the restaurant, it was still within the “premises” outlined in the lease terms.