A local government in Ireland recent took a vote to allow people in one isolated area to legally drink and drive.

According to International Business Times, lawmakers argued that the older, rural residents were less likely to cause accidents in the sparsely populated area. They added that having a few drinks along the way could help to prevent mental illness. 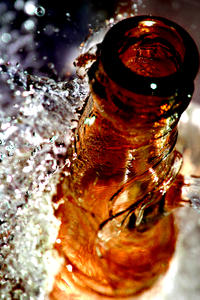 What’s notable, is that acceptable blood-alcohol levels went from .05 to a .07 — which is still lower than the .08 legal limit in the United States. A number of headlines have been claiming that the area has “legalized drunk driving,”

But they’re still better off than we are.

Our Fort Myers drunk driving accident lawyers understand that it’s that time of year again when we see an increase in the number of drunk-driving accidents in the area. The causes for this spike are oftentimes related to our young ones and their prom, graduation and summer break. This is a time when we need to keep an eye on our young ones. The truth of the matter is that your blood-alcohol level is tied to how many drinks you consume — and these younger drivers are more likely to binge drink that any other age group.

For decades in the U.S., the legal BAC was between .10 and .15. In the late 70s, officials started dropping it to .08, Officials believe that at .08, a driver isn’t falling down drunk, but reflexes and judgement are already impaired. With every bit of alcohol that we consume, our abilities to react deteriorate. When we’re behind the wheel, whether it’s a motor vehicle or a boat, we need 100 percent of our faculties.

Before your teen hits the road for their prom, graduation or their break from school, we’re asking you to sit down and talk to them. You might think that they’re too young to consume alcohol, but many parents are wrong about this each and every year. According to the Centers for Disease Control and Prevention (CDC), roughly 25 percent of our young ones between the ages of 12 and 20 drink alcohol. What’s worse is that more than 15 percent report binge drinking.

In 2010, there were close to 200,000 emergency rooms visits by youth under age 21 for injuries and other conditions that were related to alcohol consumption.

Be safe out there. Regardless of what the legal BAC is, you should never consume alcohol and get behind the wheel of a motor vehicle or of a watercraft. The risks aren’t worth it.