There are going to be a lot of motorcyclists out there through the remainder of the month. Not only are we still in tourist season, but we also have Daytona Beach Bike Week.

From the 8th through the 17th, motorcycle enthusiasts from around the world will be traveling to Florida for one of the largest motorcycle events in the country. With so many motorcyclists on our roadways, you better believe that accident risks are much higher. 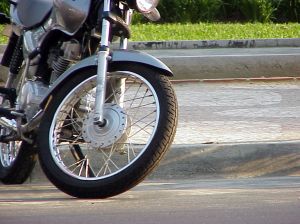 We have already seen too many motorcycle tragedies this winter. According to the Cape Coral Daily Breeze, an accident on Del Prado killed a Fort Myers motorcyclist last week. Reports indicate that an SUV was heading south on Del Prado when it turned left — right into the path of the oncoming motorcyclist. In the accident, both vehicles caught fire. Although the motorcyclist was wearing his helmet at the time of the accident — it wasn’t enough to save his life. This accident marked Cape Coral’s 8th traffic fatality of 2013.

Failure to yield and turning left in front of a rider is the leading cause of fatal motorcycle crashes, according to the Motorcycle Safety Foundation.

Our Cape Coral motorcycle accident attorneys are asking motorists to be a little more cautious out there. Oftentimes, motorcyclists are overlooked on our roadways. In many cases, it’s the drivers of the passenger vehicle who is at fault. Drivers need to remember that motorcyclists have the same right to our roadways as you and I do. It’s important that we treat them just like any other motorist. We need to take that extra second to actually look for their presence before making a move in traffic. Oftentimes, these small vehicles get lost in our blind spots. That’s why it’s critical that we physically turn, look and check out blind spots for motorcyclists before changing lanes or turning.

We’re asking motorcyclists to be cautious out there, too. We can’t always rely on the safe and responsible driving habits of other to keep us safe. We’ve got to take matters into our own hands.

We’re especially talking to the older motorcyclists — who are typically sustain more severe injuries in the event of an accident. According to USA TODAY, aging motorcyclists are like aging athletes: When they get hurt, they are more likely than younger enthusiasts to get seriously injured.

This is especially important when we take into account our Baby Boomers. As this group continues to age, more and more are out there on two wheels. As they reach their 50s and 60s, more are at risk. We’re seeing more older riders than ever before. The truth of the matter though is that older bikers are three times more likely to be hospitalized after an accident than younger riders. They also are about 3 times more likely to get severely injured. Unfortunately, internal injuries are alarmingly common among this age group — internal injuries to be specific.

Throughout the month of March and the remainder of the year, we’re asking motorists to travel in unison and to have some compassion for other drivers out there. With safe and defensive driving habits — we can all work to make our roadways safer.

If you or someone you love has been involved in a motorcycle crash, call Associates and Bruce L. Scheiner, Attorneys for the Injured, for a free and confidential consultation to discuss your rights. Call 1-800-283-2900 today.