This is the first of a two-blog series in which our Fort Myers boating accident lawyers will discuss the dangers and risks that boaters face on Florida waterways. Newly released information from the Florida Fish and Wildlife Conservation Commission offers us a sneak peek into the seriousness of these types of accidents. 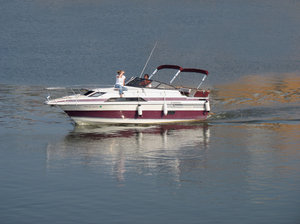 According to the 2010 Boating Accidents Statistical Report, there were nearly 700 boating accidents in Fort Myers and elsewhere throughout the year. These accidents resulted in nearly 80 fatalities. Most of these accidents were caused by drowning and victims falling overboard. Many of these deaths could have been prevented if more boaters wore life jackets.

Middle-aged boaters and older males are more likely to be involved in a boating accident, even though they typically have more boating experience than others. Most of these boaters failed to learn their boating skills through a boating safety course. The “Wear It Florida” campaign aims to get all boaters to wear life jackets, but targets this demographic because they’re least likely to wear them.

There were nearly 942,000 recreational vessels registered in Florida in 2010. Our state continues to have the most registered boats in the country. Officials believe that there are another one million boats that are non-registered and in use. They also believe this number is expected to grow.

In 2010, nearly 70 percent of the boat operators who were involved in accidents reportedly had no formal boater education. Monroe County had the highest number of boating accidents with nearly 80, about 7 deaths and nearly 60 injuries.

According to the 2010 Boating Accidents Review, Florida had the most boating accidents in the country in 2010. Coming in at number two was California, which had about 500 accidents. Nearly 50 more accidents were reported in 2009 than in 2010, even though the number of registered vessels decreased.

Lee County had more than 43,000 registered vessels in 2010. There were nearly 35 boating accident reports in Lee County throughout the year. These accidents resulted in four fatalities and nearly 20 injuries. These accidents ran a tab of nearly $551,000 and landed the county as the fifth most dangerous in the state.

Associates and Bruce L. Scheiner, Attorneys for the Injured, are dedicated to helping boating accident victims throughout South Florida, including Naples, Cape Coral, Fort Myers, Port Charlotte and Sebring. Call us today for a free and confidential consultation to discuss your case. Call 1-800-283-2900.