Last year, according to Auto Rental News, the car rental industry in the U.S. raked in approximately $24.5 billion – a 4 percent increase over the previous year. 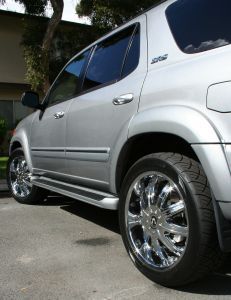 The companies involved are typically substantial, with an average fleet size of 1.95 million. One of the peak months for car rentals is December, when millions of people are traveling out-of-town to visit family members and either use a rented vehicle to get there or rent a vehicle while they’re there.

These firms are not hurting for revenue, and yet they have proven successful in limiting liability in many cases for injuries that occur in their vehicles. For example, the federal Graves Amendment, signed by then-President George W. Bush in 2005, eliminates vicarious liability for owners of rented or leased vehicles. Prior to that, there were more instances where these companies could be found liable for damages caused by one of their vehicles.

Although Florida recognizes broad vicarious liability for motor vehicle owners whose property is involved in a crash, the Graves Amendment undercuts this where rental car companies are concerned.

Still, our Naples accident attorneys know this does not mean individuals injured in or by rental vehicles have no option for recovery.

Although it’s been almost three years since the Florida Supreme Court issued its ruling in Chandler et al., v. GEICO, it’s worth revisiting because it pertains to the other avenues of damage recovery available.

In that case, the owner of a vehicle insured by GEICO was having transmission problems. While the vehicle was being repaired, she rented another vehicle from rental company Avis, designating her own auto insurer as the primary insurer. The renter then allowed another person to use the vehicle, who in turn lent the vehicle to a third person. Neither of the latter two were authorized by the rental car company to operate the vehicle.

The third person operating the vehicle negligently crashed the car into a tree, causing death to one passenger and serious injury to several minors in the car.

Injured passengers and personal representative for decedent filed civil action against the renter, the driver and Avis. The rental car company filed a cross-claim for indemnity. Subsequently, renter’s insurer – GEICO – sought a ruling it had not duty to indemnify the renter or driver under its policy.

The trial court sided with the renter, but the district court reversed, finding the rental car contract barring any unauthorized person from driving the car was the indicator of whether the vehicle owner – i.e., Avis – had granted permission to use the car within the meaning of GEICO’s policy.

However, the Florida Supreme Court reversed, finding the vehicle, as a temporary substitute auto, must be treated as if the insured – not the rental car company – owned it. So long as the renter/insured had granted permission, coverage for the accident was warranted.

Of course, this is just one scenario under which recovery may be possible. And in this case coverage was sought from renter’s insurance carrier. Another good reminder to update your policy regularly and to know your coverage and limits. If a serious collision does occur, seeking consultation from and experienced law firm is the best course of action.