Most injury-causing construction accidents involve workers. After all, they are the ones most closely working with raw materials from extreme heights and under other dangerous circumstances. 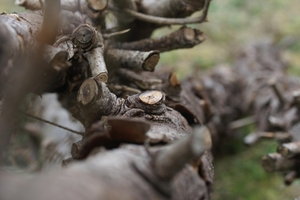 However, when a construction site isn’t properly sealed off or if adequate warning signs aren’t posted to inform the public to keep a certain distance from the site, innocent passersby may be hurt as well.

We saw this alleged in Cape Coral following a 2008 hit-and-run crash in which a 3-year-old boy was severely injured after he was struck by a pickup truck driver as the boy and his aunt ran across a construction site on Del Prado Boulevard at the north end of the city.

Recently, the Connecticut Supreme Court was asked to weigh a civilian construction accident case in which a passerby was killed after being struck in the head by a log that fell onto the sidewalk.

According to court records in McDermott v. State, the work was being carried out by employee’s of the state’s Department of Transportation. They were dispatched to remove a sizable sugar maple tree located on a grass strip near the roadway.

A crew of six men marked the work site with two traffic cones on either side of the sidewalk. Those cones didn’t move during the duration of the work. The crew then removed the limbs of the tree and after that, started a process known as “chunking.” This involves taking the rest of the tree down segment by segment.

Around 1:30 p.m., decedent approached the site. He had no connection to the work site or the removal operation and was simply passing by. He walked about 30 feet past one of the cones and stooped near two the crew members. As a portion of tree was being removed, it was dropped in an area where workers intended – away from pedestrians. However, as it fell, it landed on a limb (more aptly described as a log), which then propelled into the air at great speed and low trajectory and struck decedent in the forehead. He then fell back and hit his head on the sidewalk.

Decedent was pronounced dead at the scene. His wife filed a wrongful death lawsuit against the state, which granted permission to sue (as is necessary in certain claims against the government).

Trial court ruled defendant was negligent and liable for damages, noting that while the exact circumstances weren’t foreseeable, the work crew should have put the cones closer to the work site and kept pedestrians farther away. Defendant violated its duty of care by allowing decedent to enter the work zone during an active tree removal operation. His widow was awarded $47,000 in economic damages, $825,000 in non-economic damages and $435,000 for loss of consortium.

However, the state appealed and the appellate court reversed and remanded, with orders to find in favor of defendant because trial court improperly found defendant owed a greater duty of care than what was reflected in industry standards, and defendant’s actions weren’t the proximate cause of decedent’s death.

The Connecticut Supreme Court, however, reversed in part, remanding the case instead for a new trial. The high court ruled the trial court had used an improper standard of liability when determining whether defendant was negligent. The industry standard, foreseeability and proximate cause all needed to be redetermined under the correct legal standard.