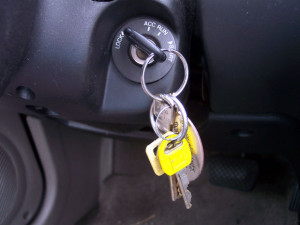 In fact, the DOJ has agreed to defer prosecution of the company for three years. If the company abides by the terms of the agreement – which include an independent safety practices monitor – the company will walk away with a clean record.

One mother who lost her daughter in a 2006 crash expressed disbelief that the company could “basically buy their way out of it.” She went on to assert the company knew what it was doing, and yet kept on doing it.

Prosecutors say part of the reason the settlement amount was lower than Toyota’s had to do with the fact that GM took a more proactive approach in addressing the issue once it came to light. That action included coming forward to disclose the defect in 2014 (though the company had known about it for 10 years at that point). It also involved the dismissal of 15 employees and the creation of a compensation fund for victims.

All of this led to a resolution reached after 18 months, rather than the four years it took federal prosecutors to strike a deal with Toyota.

Still, that may mean little to families and individuals who have waited years for the truth, and for justice.

Prosecutors’ complaint in this case details the fact that employees of GM knew for more than a decade that there were problems with the ignition switch. Specifically, it was prone to turning off, cutting the engine and disabling the airbag, power steering and other systems.

Even so, prosecutors only focused on a period of about 20 months, beginning when the firm first started issuing recalls of 2.6 million older model vehicles. This was despite the fact there was evidence the company had known for a long time there were issues. It continued to fight lawsuits aggressively.

The DOJ said it is still possible criminal charges could be filed, but the burden of proof in those cases is higher. The two workers singled out were the company’s safety attorney and safety director. However, they were not directly named in the complaint.

Even lawmakers have expressed disappointment with the result, saying there is no requirement for the company to admit that it was criminally culpable for more than 100 deaths.

The company went bankrupt in 2009 and required a $49 billion bailout from the federal government. The company’s CEO announced a total of $575 million had been set aside so far to resolve nearly 1,400 pending cases. Of the 124 wrongful death lawsuits brought, 45 have been settled out-of-court.