Lee County is one of the most dangerous places in the country for bicyclists. 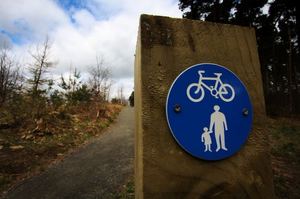 Florida’s rate for bicycle accident fatalities is more than double the national average, and Lee has one of the highest rates in the state, with more than 11 cyclists killed and 230 injured since 2011, according to a recent report by NBC2.

Fort Myers bicycle injuries remained steady, even despite a law passed in 2006 that requires motorists to maintain at least a three-foot distance between their vehicle and the cyclist. Many break this rule, reporters found, but very few are ever ticketed. In fact, just three citations were issued in Lee, Charlotte and Collier Counties over the course of the last three years. Statewide, there have only been 84 tickets issued during that time frame.

While there is little indication that this may change, there may be lesser need if federal lawmakers are successful in the passage of S. 2004, also known as the Safe Streets Act of 2014. Currently before the Committee on Environment and Public Works, the law would require that within a period of two years, states (or their respective transportation departments or municipal planning organizations) formulate a specific policy that would clearly indicate that all transportation projects furthered with federal funds must meet the criteria laid forth in the “Complete Streets” plan.

Very simply explained, Complete Streets are those that take into greater account all travelers – not just those in cars and trucks. It means the addition of bike lanes or wider paved shoulders. It means ample opportunities for safe street crossing. It means safe shelters for those accessing public transportation. It means more sidewalks and roundabouts and traffic lights and curb extensions.

Still, even if the federal bill doesn’t pass, Lee County is likely to continue to move forward with Complete Streets. Last September, the U.S. Secretary of Transportation, Anthony Foxx announced the allocation of $10.5 million in grant funding (to be matched with $2.7 million from the county) to initiate a Complete Streets model in our area. This represented one of 52 transportation projects in 37 states that received federal dollars for this purpose.

The No. 1 goal of the Lee County Complete Streets Initiative is to provide a safe bicycle and pedestrian network, with connectivity to transit and key destinations.

Further underscoring the need is that 18 percent of households in Fort Myers don’t own a vehicle. Additionally, 20 percent of tourists to the county ride a bicycle during their visit.

In one example of the project initiative, several miles along Colonial Boulevard will be equipped with new walk/bike path alongside the road, dotted with public transportation shelters and numerous areas to safely cross.

Approximately one-third of all Lee County residents live within a 15-minute walk or bike ride to one of the initiative’s projects.

Additionally, sidewalk, bus shelters, additional lighting and bike lanes are planned throughout the stretch of U.S. 41 across the county.