In the news recently is the pending sentence that will be handed to a civic leader and former attorney after pleading guilty to a drunk-driving accident that killed a 61-year-old motorcyclist in October 2009. 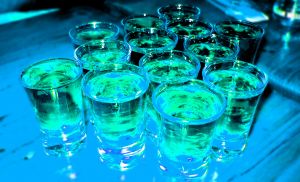 13 News reports a tape was played during the sentencing hearing that voiced the drunk driver admitting to a state trooper that he drank half a bottle of vodka during a Florida Gators football game before driving home. The former defense attorney turned himself, but the prosecution is requesting the driver spend 12.5 years in prison. Supporters stood in front of the judge professing the good deeds that the defendant has done in the community and his many charitable contributions to help others in hopes of reducing the sentence.

Sebring drunk driving accident attorneys know that no amount of money or donations can equate to the value of taking a person’s life. Drunk drivers must get a fair trial and if guilty be punished to the full extent of the law, even when they are in the public eye.

The Florida Department of Highway Safety and Motor Vehicles recently released the 2010 traffic crash statistics. Based on the report, deaths from car accidents in Fort Myers and throughout Florida continue to be of epic proportions, especially when it comes to drunk driving taking the life of innocent victims.

According to the report, there were 17,748 alcohol-related crashes in 2010, roughly 11 percent fewer than 2009. The 2010 statistic equates to approximately 341 drunk-driving accidents a week in Florida alone. Of the 2,444 fatalities on Florida roadways in 2010, 794 deaths were alcohol-related. The percentage of Florida’s alcohol-related deaths is right around the national average, which falls at 32 percent of all traffic fatalities. In 2010, there were 7,825 drunk driving injury crashes that resulted in more than 12,000 injuries requiring medical attention. In essence, roughly 1,000 people were injured every month from an alcohol-related accident.

The only way to minimize the risk of drunk-driving accidents is to take a personal oath not to drink and drive. The defense attorney in this case could have continued to do good for the community but instead will face the consequences of a poor decision to get behind the wheel after drinking much of the day.

Contact Associates and Bruce L. Scheiner, Attorneys for the Injured, if you or a loved one has been involved in a drunk-driving accident in Cape Coral, Sebring, Naples, Fort Myers or the surrounding areas. For experienced advice about your rights, call 1-800-283-2900 for a free case evaluation.