Our Fort Myers personal injury lawyers were dismayed to learn that over the last decade, some 37,000 adults had to be rushed to the emergency room after being hurt by the rails affixed to their beds to keep them from falling out. 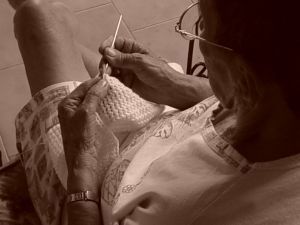 What’s more, during that same time frame, at least 155 deaths have been attributed to bedrails – and that doesn’t even include numbers from 2012, which were not yet available when the Consumer Product Safety Commission released its report in November. Perhaps more troubling is that these figures are likely low estimates, not accounting for cases where an emergency room visit wasn’t necessary or when a medical examiner failed to attribute the bedrail as being the sole cause of death.

Of those who died, the vast majority were over the age of 60, and about a quarter of those incidents occurred in assisted living facilities or nursing homes.

What happens is the patients become either caught or strangled in the rails themselves or in the gap between the rails and the bed. In many cases, the deaths involved individuals with Alzheimer’s disease or dementia.

Prompting the federal review was a long history of complaints, urging both the CPSC and the U.S. Food and Drug Administration to take action. Both agencies for years had passed the buck on the issue, citing jurisdictional discrepancies and industry pressure.

Part of the problem was that federal regulators couldn’t decide who should be the one to take action because there was a lack of clarification on whether bedrails are a medical device or a consumer product. Even if the rails were manufactured according to the exact same specifications, the classification would come down to whether the manufacturer made specific claims, such as the device being able to keep Alzheimer’s or dementia patients from falling out of bed. In that case, they would be regulated by the FDA. But absent those kinds of claims, bedrails could be viewed as a consumer product, and therefore regulated by the CPSC.

Perhaps the bigger issue in failing to take action, despite a litany of complaints dating back to at least 1995, was the fact that the industry pushed back – hard. In 1995, a professor of Bioethics at the University of Minnesota first issued a warning to federal regulators, alerting them of the inherent design problems that led to potential injury and death.

Instead of attempting to push reform, the FDA, determining that replacement of older models would have cost the industry potentially hundreds of millions of dollars, opted to simply issue a “safety warning” to home health care agencies and nursing homes. The industry adopted its own voluntary guidelines, but that didn’t seem to do much good, as there have been at least 550 deaths attributable to the devices since 1995.

The incident that pushed federal regulators to launch its most recent investigation was the death of an 81-year-old woman in Washington State, whose daughter culled her own data before writing both agencies to press for further action.

The CPSC characterized the review as the first step in determining whether further action is necessary. It makes no manufacturer recommendations and doesn’t answer the jurisdictional question.

In the meantime, our most vulnerable citizens continue to be placed at risk.