Typically when someone is injured at work, the exclusive remedy they will have from their employer is workers’ compensation. This is true even if it was the wrongdoing of the company or the co-worker who caused the accident that resulted in serious injury. 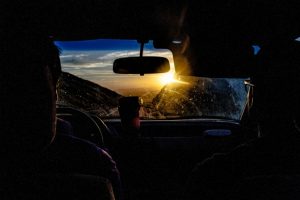 There are some very narrow exceptions in which the law will allow workers to go outside these bounds and seek additional compensation from these parties. One of those involves some type of intentional harm or actions that the company knew would likely cause the worker to be injured. This is often very difficult to prove. However, a case out of Washington State recently carves out another interesting exception. It won’t apply to every case in which a co-worker is negligent in causing a work-related injury, but it may be worth considering when weighing whether to take legal action.

The case is Entila v. Cook, and it was decided recently by the Washington Supreme Court. This was a case where plaintiff was on his way in to work, crossing an access road on company property, when he was struck by a car driven by a co-worker and seriously injured. The injured worker was able to obtain workers’ compensation benefits. Normally, this would mean his co-worker would be immune from any liability. However, plaintiff alleged his co-worker was not immune from a third-party liability claim because the co-worker was not acting in the course and scope of employment at the time of the crash.

According to court records, it was about 6:30 a.m. when defendant finished his shift, walked to his personal vehicle (located in the employee parking lot), drove out of the lot and onto an access road on company property. Meanwhile, plaintiff walked across the access road and that is when defendant struck him.

Workers’ compensation claims provide benefits that cover one’s medical expenses and a portion of lost wages when someone is injured at work or suffers a work-related illness. It isn’t necessary for claimants to prove the company was negligent, but it is considered the exclusive remedy, which means they can’t also sue the company – or their co-workers who may have been negligent in causing the injury. But here, the co-worker was not on-the-clock. He was leaving work. This, plaintiff argued, meant he wasn’t acting in the course of employment.

Plaintiff appealed and the state appeals court reversed. The justices ruled defendant wasn’t immune from liability under the state’s workers’ compensation laws because he failed to establish that he was acting both in the scope and course of employment. To act in the course of employment means that the worker was acting at his or her employer’s direction or in furtherance of his or her employer’s business.

The Washington Supreme Court affirmed this ruling, and noted that while the state worker’s compensation law governs whether a worker is eligible for coverage, this case is actually governed by a different statute that focuses on third-party liability. That statute holds statutory immunity would only be extended in a scenario like this where plaintiff and defendant are in the “same employ.” The state high court had explained in a previous case that a co-employee would be entitled to immunity if both plaintiff and defendant were performing work for their employer at the time of injury. A defendant may be able to show he was “in the same employ” if he or she can show:

Here, the third party failed to establish that he was performing duties for his employer at the time of the incident, so plaintiff’s claim against him should proceed.