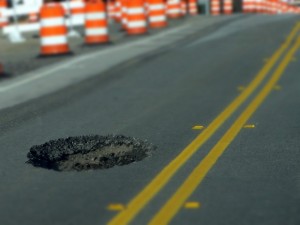 A total of three men, including the driver, who had been outside the vehicle at the time of the crash, were injured. The two female passengers who remained inside the vehicle were killed.

Subsequently, the father of one of those women filed a wrongful death lawsuit against the truck driver, the truck driver’s employer and the driver of the stalled vehicle, who was later found in possession of marijuana.

Plaintiff in Ex parte Quality Carriers, Inc. alleged claims of negligence and wantonness against all defendants. Against the stalled vehicle driver, he asserted he wantonly failed to move his vehicle out of traffic, breaching his duty of care by failing to pay proper attention to traffic, failing to obey state traffic laws and failing to be fit to drive the vehicle safely. He also alleged the driver negligently and wantonly inspected the vehicle in the middle of the road.

The primary issue as the case made its way to the Alabama Supreme Court recently was whether the case should be moved to a different venue, as requested by defendants. The court ultimately agreed with defendants, finding ample grounds to support moving the case to the county where the accident occurred. This may put some hardship on the plaintiff (who lives outside that county) in terms of logistics, but it shouldn’t affect the outcome of the case.

What our Fort Myers truck accident attorneys primarily want to underscore is the appropriate way to respond when a vehicle stalls, particularly on the highway.

Of course, the best approach is prevention. Drivers should make sure their vehicle is properly maintained so that mechanical issues don’t crop up unexpectedly. Beyond that, drivers need to remain sober. In these cases, it’s critical that a driver maintain all faculties and alertness in order to respond appropriately to the situation and potential danger.

When a mechanical problem does happen on the highway, wherever possible, move to the far right side of traffic, as far off the road as possible. At the first indication of trouble, signal as you normally would and get off the road if you can. If you cannot get off the road completely, at least get as far into the right lane as possible. Stay in the car, turn on your hazards and call 911. If you absolutely must exit do so through the passenger door and get onto the right shoulder.

If it is unsafe to get out, make sure your seat belt and those of your passengers are on.

Do not attempt to fix the vehicle while it’s still on the road, as this is very dangerous, even with flares and other emergency warnings.

If you have been involved in a traffic accident in Fort Myers, call our attorneys today.