In the case of Beauchamp v. St. Lucie County School District, there was no question the school bus driver was liable for a crash that caused the death of a 9-year-old student and serious injury to several others. In fact, the driver conceded as much in earlier depositions. 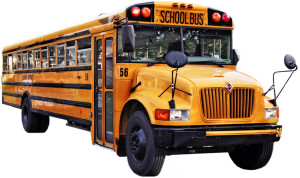 That meant the defense strategy was to limit liability by shifting blame  – namely on the semi-truck driver and seat belt manufacturer – in order to reduce the damage award. In the end, jurors awarded $10 million in damages, and assigned 87 percent of the blame to the driver of the bus, and 13 percent to the seat belt manufacturer and the semi-truck driver.

The latter two entities settled claims with the family for an undisclosed sum prior to trial, so they aren’t subject to paying that 13 percent. However, neither will the school district automatically have to pay $8.7 million. There is a $200,000 damage cap on civil awards against a state government entity – which includes a school district. Plaintiffs plan to file a claim with the state legislature, which is the only way a higher damage award against the government may be approved.

The tragic school bus accident case unfolded in St. Lucie County, where a bus driver filling in for a co-worker on an unfamiliar route made a left turn in front of a semi-truck without first stopping. Thirty children were on board at the time, including decedent. The tractor trailer did not stop or even slow down prior to impact, and the truck t-boned the bus, killing the victim and injuring a half dozen other kids.

Decedent’s parents sued the school district for wrongful death. They also named in the lawsuit the trucking company for whom the truck driver worked and the manufacturer of the school bus. They alleged the bus driver was negligent, as was the truck driver, and that the manufacturer of the bus installed faulty seat belts that allowed the child to be ejected.

After settling with the bus manufacturer and the trucking company, the case against the school district hinged largely on video surveillance images captured on board the bus. That video showed the driver failed to stop and didn’t appear to even look before he turned. Plaintiffs argued he was in a rush and careless. The driver in a deposition acknowledged fault.

Plaintiffs pointed out to the jury the level of care and caution one might use when leading a child across a busy street. What this driver was doing, essentially, was leading 30 children across the street. The duty of care he owed was high, they argued, and he failed to exercise due caution.

As jurors viewed the surveillance images, they were visibly shaken.

The district never denied the driver was at-fault. But defense lawyers countered other previous co-defendants shared more of the blame. Testifying on behalf of defense was an accident reconstructionist, a biomechanical expert and a seat belt design expert. The first testified the truck driver failed to move to avoid the crash, and that had the truck brakes worked properly and the driver not been speeding, the crash could have been avoided. Defense also argued the seat belt and the cushion were “grossly defective,” that was the main cause of the child’s fatal injuries.

But jurors still found the school district was mostly to blame. The district has to date paid out $1.3 million to other accident victims. A decision from the legislature regarding how much the family should actually receive could take months or even years.